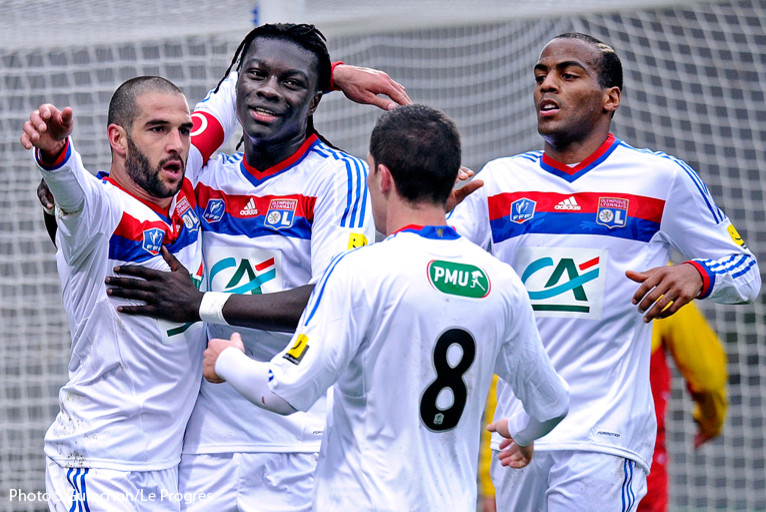 Despite a far from perfect performance, OL qualified for the last 32 of the Coupe de France 3-1 over neighbours Lyon-Duchère, thanks to Lisandro Lopez hat-trick.

A new year and a new competition for Les Lyonnais. The Coupe de France offered a derby against Lyon-Duchère in the last-64. Once again, Rémi Garde was forced to choose a starting XI without a host of players. Ill, Hugo Lloris was not in the squad. Not yet one hundred per cent, Cris and Lovren were both missing.
OL: Valverde, Réveillère, Gonalons, Umtiti, Cissokho, Fofana, Källström, Briand, Lisandro, Pied, Gomis.

Les Olympiens weren’t long in opening the scoring. Following a mistake in the home side ranks, Lisandro broke down the left before cutting inside and curling a superb finish into the top corner (4’). The opening goal seemed to spur Eric Guichard’s side into action. Played through on goal, Barreto rounded Valverde but slipped at the crucial moment. After a frantic start, the match settled. Neither side looked dangerous until Lisandro, in the role of poacher, took advantage of good work by Briand down the right to doubler the lead from close range (29’). Les Gones had a two-goal cushion, but it wasn’t enough. Released by Jérémy Pied, Lisandro raced clear, checked past Daniel Jaccard before passing the ball into the empty net (37’). Moment’s later, a lapse in concentration saw La Duchère reduce the mark. Charging straight through the middle, Bouderbal beat Mathieu Valverde with the outside of the right foot. At half-time, the two sides headed to the changing rooms with the Ligue 1 side leading 3-1.

At the start of the second half, Les Olympiens worked on possession and ball circulation to make their opponents run. Bouderbal’s fearless running gave the home fans plenty to cheer about but it was Jérémy Pied that went closest to worrying the scorers (66’). Bafé Gomis then brought the best out of the hosts ‘keeper on the half-volley (74’). On the counterattack, Aly Cissokho found the outside of the post (80’) before Jaccard produced a majestic save to deny a Yoann Gourcuff free-kick in injury time.
Despite a far from entirely convincing performance, Rémi Garde’s side are into the last-32.