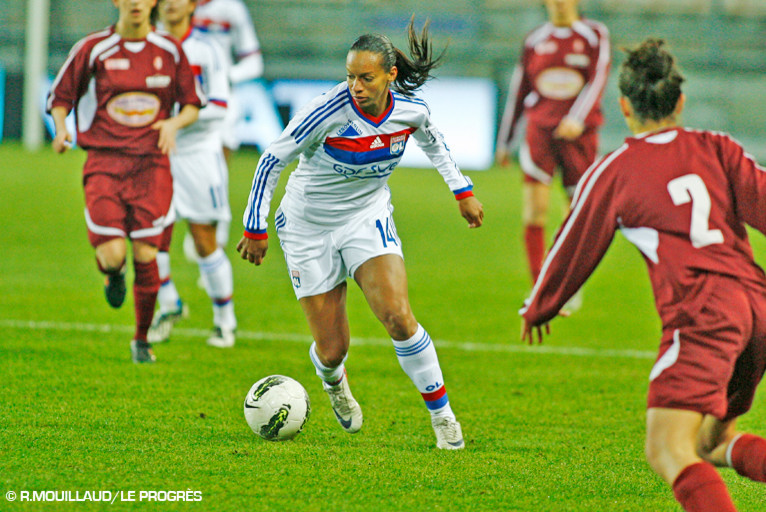 Patrice Lair's OL Women's side made the perfect start to 2012, defeating Montpellier 1-0 at the Plaine des Jeux de Gerland pitch.

Everything went very quickly, on Saturday afternoon at the Plaine des Jeux de Gerland complex. In the first division top of the table clash Les Lyonnaises won 1-0, thanks to a goal from Rosana after just three minutes. Camille Abily's cross from the right found the Brazilian's head and the ball flew into the top corner.

In a coposed first-half display, OL Women could have doubled their lead when Lotta Schelin broke down the left (15'). But the Swedish attacker decided against crossing for Eugénie Le Sommer in the middle, and despite being brought down in the box, didn't get a penalty. A few minutes earlier, Montpellier had carved out their best chance of the match when Marie-Laure Delie's header was saved by the unbeatable Wendie Renard (9').

In the second half, OL strengthened their domination but couldn't find that second goal, even with the introduction of Lara Dickenmann, and the excellent performance by Amandine Henry in the middle of the park. Lotta Schelin lost out twice versus Laëtitia Philippe (81', 90').

But it didn't matter as Patrice Lair's side finally defeated one of their direct rivals for the title, and move into the provisional lead in the D1 standings, ahead of Juvisy's match against Hénin-Beaumont on Sunday. Next weekend, Montpellier host Juvisy in a match they could benefit OL.