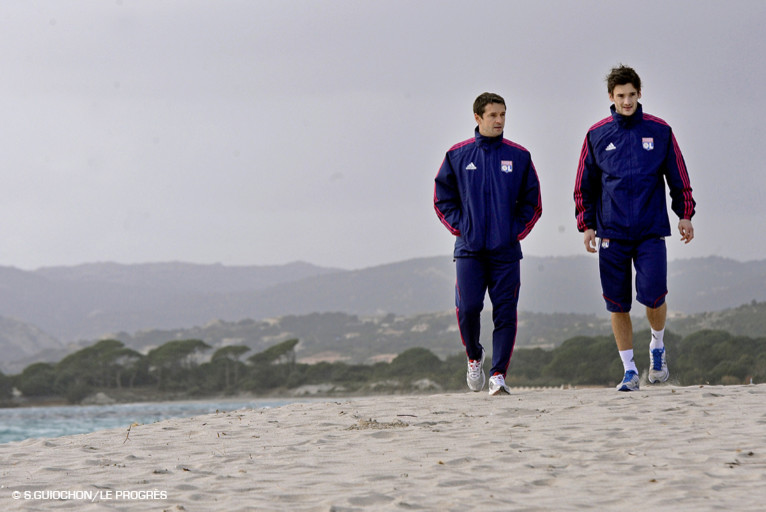 Lyon coach Rémi Garde looks over the training camp... and discusses the immediate future with three matches in the coming week...

CAMP WRAP
"Since we've been back in training, I've been pretty happy with the players commitment and effort. The players needed a break after the Valenciennes game. I also appreciated the work they put in during the friendly match against Bastia. As for the camp overall, the people here have been fantastic in looking after us, but the weather wasn't great."

QUESTION MARKS
Rémi said at the start of the training camp that he wasn't worried about the second half of the season, but did have a few questions...

"Players leaving? Yes, things can change during this month of January. But I don't feel a great desire from any players to leave. I get the feeling they enjoy being here and want to win something. It's been a long time. Everyone is committed to the cause, including those players that could leave. I'm not dropping anyone. I'm willing to talk with anyone. Loan deals? Yes, there could be one or two loans concerning the younger players looking to get a bit more playing time. Reinforcements? A new player is a possibility, depending on the club's situation..."

Injuries? "Cris is receiving treatment. We'll see when he's ready. In our current situation, we're impatient to have him back, but at the same time, we don't want to take any risks. Bastos is ready to play again. As for Lovren, he's between training and the treatment room (tendons). Don't forget that B. Koné and Mensah are at the Africa Cup of Nations, but both could be back earlier than expected."

BUSY CALENDAR
OL will play three games in three different competitions in one week. When asked if he would be rotating his squad he replied: "You know, I want to win all three because they're all important. I just hope to avoid any little niggling injuries."

And finally, it looks like the side will be continuing with the two formations used so far this campaign (4-4-2 and 4-2-3-1): "Because the players I've got are comfortable in these two systems."