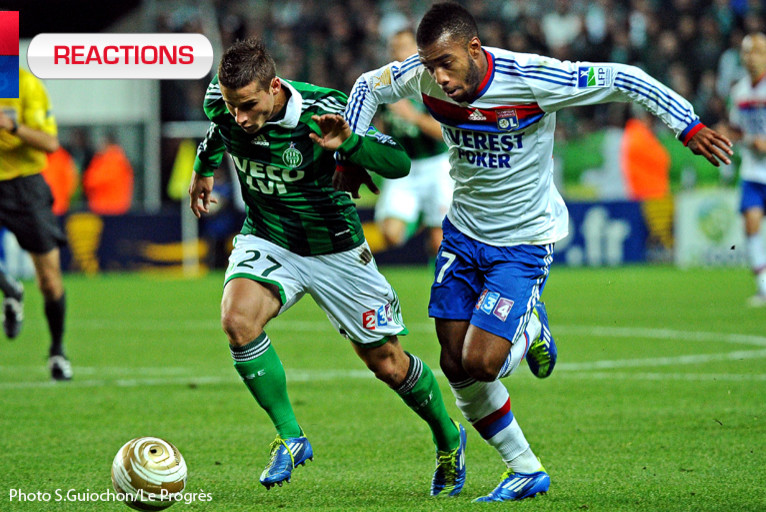 Check out who said what after OL's 2-1 Coupe de la Ligue win over archrivals Saint-Etienne...

Aly Cissokho
We were coming off two defeats where we'd done a lot of running around. Today it was the derby which means so much to the city of Lyon. Tonight we really wanted to win and we're very proud to have done so. We knew that they were going to fight to the very end. We knew that it was very important to be strong at the back.

Jean-Michel Aulas
This is a great result, especially for the supporters. Above and beyond the sporting stakes tonight, there is a great rivalry between the two clubs. This was not a game for the light-hearted because Saint-Etienne fought for everything. I think Saint-Etienne will cause a lot of teams problems here this season.

Rémi Garde
We're very happy. The loss to Lille was very hard to accept. Tonight it was us that scored from set pieces. We showed plenty of control during the match.

Michel Bastos
It wasn't easy to take that penalty after the break in play. I was very happy to have scored. It's a reward for all the hard work.

Rémy Vercoutre
Everyone played well tonight. With the matches coming up, it was important to win. Everyone at the club united and stuck together in the days leading up to this game.