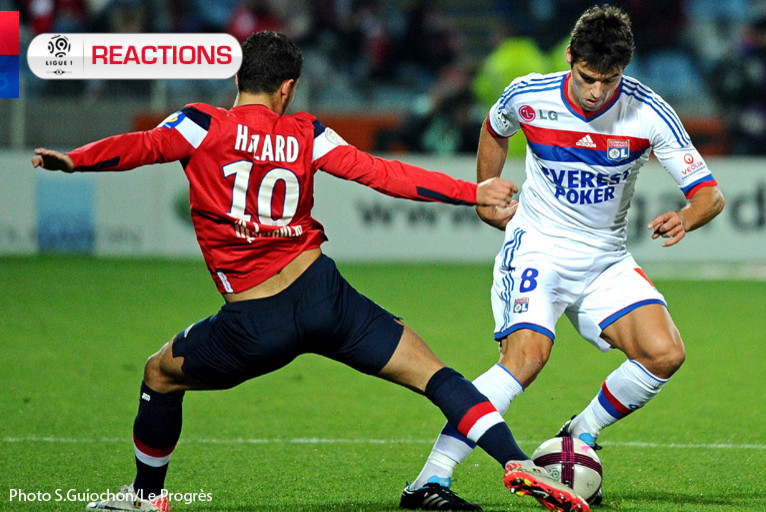 Check out who said what after Lyon's 3-1 loss to Lille on Sunday...

Jimmy Briand
The goal just on half time really hurt. It came from a set piece. We conceded two goals from set pieces and that's not good enough. We need more concentration and application. We're going to need to work very hard. These are very important matches. It's up to us to show can dig deep and show that we're men.

Rémi Garde
We're disappointed to have conceded three goals, especially two from dead ball situations. We had the chance to score a second goal and be up by two. We conceded that goal just before half time and that's very frustrating. We suffered, but we worked hard. The team had the right mentality in the first half. We showed great solidarity and a winning approach.  Set pieces are life or death. Working on set pieces at training is well and good, but if in the game, you don't put your head where you should to clear the ball, it doesn't do much good. We needed to start the season in good form and strongly with the preliminary rounds of the Champions League t negotiate. Now it's Autumn and we've got some big games and we need to recover and find some energy. We still have plenty of ambition, but you also have to be realistic. We will have other tough games against the top teams. I'm not bitter about this defeat. We can't throw in the towel because there were a lot of positives out there.