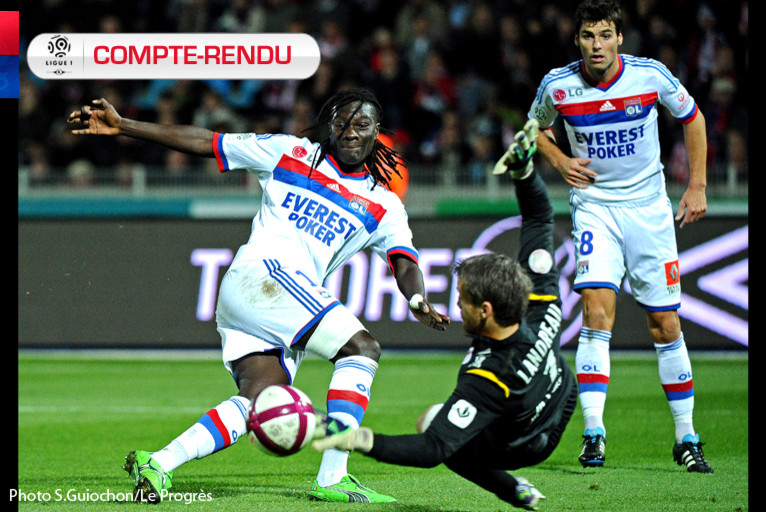 After taking the lead early on, Olympique Lyonnais was punished by a series of set pieces and slipped to fifth in Ligue 1 on the back of a 3-1 loss to Lille...

After the disappointing result in Madrid in midweek, it was another Champions League side that was waiting in the firm of defending Ligue 1 champions Lille.

Les Gones were largely outplayed in the opening exchanges with the Northerners making all the running. Despite a series of half-chances, OL 'keeper Hugo Lloris didn't have a save to make in the opening 15 minutes. And with their very first attack of the match, Lyon opened the scoring. Yoann Gourcuff launched Jimmy Briand down the right with a first-time ball and from the edge of the area, the Lyon winger slid the ball through the legs of the advancing Landreau (22'). The goal seemed to give Rémi Garde's side the confidence boost they needed. Played in behind the defence by Michel Bastos, Bafé Gomis missed the chance to double the lead. It was OL that were dictating terms. Rudi Garcia's side were piling up the corners and from one of them, a huge goal-mouth scramble saw Sow equalise with a backheel (45'). The goal in first-half stoppage time was the turning point of the game.

In the second half, OL created a great half chance with Gomis' lay off towards Gourcuff, who screwed his shot wide. Kim Källström made way for Gueida Fofana in midfield as Lyon were still conceding corners. But it was a free-kick that caught Lyon out next as Basa headed home Payet's delivery (64'). Hugo Lloris and Co. were punished against by a deadly Sow counterattack with the Senegalese striker cutting the ball back to Cole to fire home the third and final goal (83'). Everything went Lille's way. Just like in Madrid a few days earlier, Lyon appeared powerless. Beaten twice in four days, conceding seven goals in the process, Rémi Garde's side need to bounce back ahead of the back to back derbies against Saint-Etienne this week...