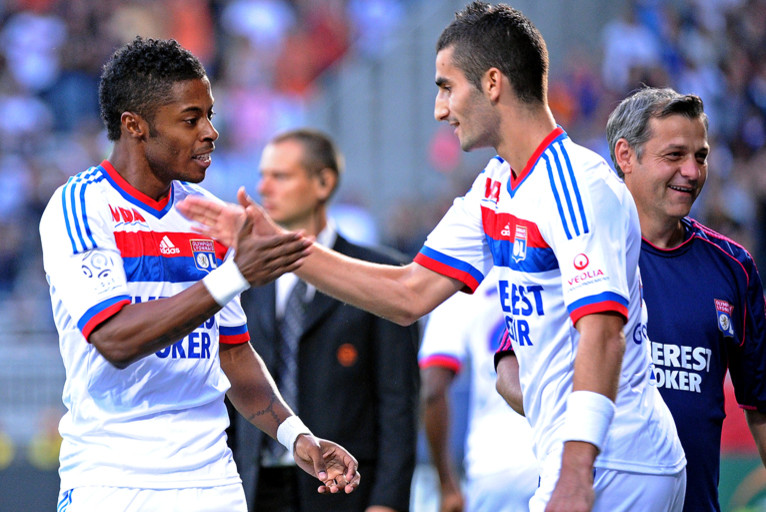 OL played host to Bordeaux in Week 8 of Ligue 1.

With their very first attack of the match, Lyon's Alexandre Lacazette looked to be brought down in the area, but the referee, Monsieur Jaffredo, didn't whistle (4'). Michel Bastos was in brilliant form on his left wing and it was from one of his electric attacks that Bafétimbi Gomis beat Carrasso for a first time (8'). Bastos's superb crosses are starting to become a very welcome habit with this Lyon side! Lovren, unmarked from a Källström corner was close to adding a second but Carrasso, this time, made the save (15'). Rémi Garde's men were right in control. At the end of a stunning piece of play from Clément Grenier, Bafé Gomis profited from a deflection to slam home goal number two (33'). Les Gones were untouchable this evening. Kim Källström hit the crossbar with an inswinging corner (40') and the Stade Gerland screamed 'Olé, Olé' with every touch from the OL players. It was a deserved 2-0 half-time lead.

Francis Gillot tried everything, including two attacking substitutions at half-time. Modeste was quickly on show, creating the opening, but firing wide (53'). Les Gones sat back at invited Les Girondins forward. OL added a third goal fon the end of an excellent counterattack. Released threw on goal, Michel Bastos chipped Carrasso for goal number 3 (63'). Gerland started the wave! Both goalscorers received huge ovations as they were subbed out of the game. New boy Jimmy Briand tried his luck from just inside the box, only to be denied by Carrasso (74'). Monsieur Jaffredo then awarded a generous penalty to Bordeaux with five minutes left for a pseudo-foul by Lovren. Modeste scored (85'). Les Gones still finished the match deserved and comfortable winners.