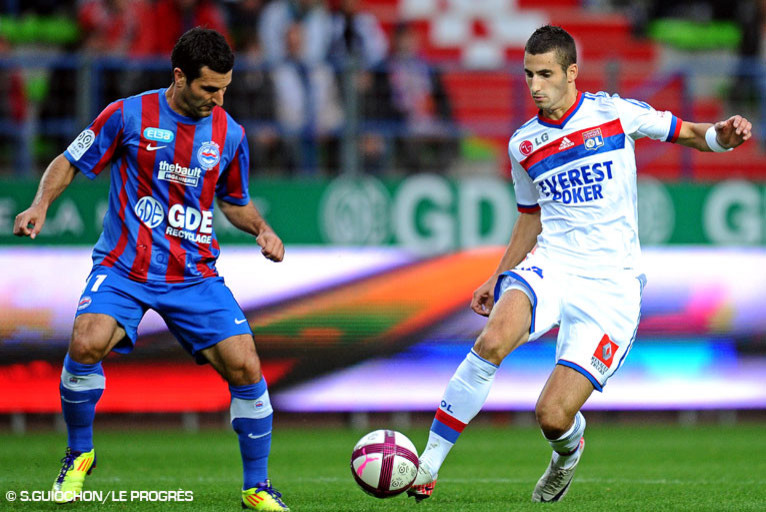 OL suffered their first defeat of the season... a disappointing result despite missing several players and the first signs of fatigue... Analysis...

Without talking about professional obligation, OL really should have done better against Caen! Sleeping through the first 45 minutes… and underperforming for 90… Final result: a loss... and a sending off: Hugo Lloris… and the feeling that the seven-time French champions could have still come away with a win if they'd negotiated three or four promising chances more successfully.

Yes, the OL players were tired. Yes, they were without the indispensable Kim Källström at kick-off, Lovren and Grenier needed resting; and that's without the longer-term absentees in Cris, Gourcuff, Lisandro and Ederson. The starting XI had a new-look with three new players (Dabo, Fofana, Mensah) from the one that started against OM.

But was putting Bastos in the middle behind Gomis, or Dabo on the left-flank in front of Cissokho really the right solution given that they're not the players usual positions? Didn't these factors have a negative effect on the team's performance? Didn't things look better when Belfodil came on in the middle and Bastos returned to the left?

One loss in ten matches is not a crisis. We all knew that OL would lose one day, but we would have preferred it happen in different circumstances. In hosting Bordeaux in three days time, we'll get a good look at this team's ability to bounce back and whether or not Rémi Garde has a few more options to choose from in naming his starting XI...