OL move top of the table! 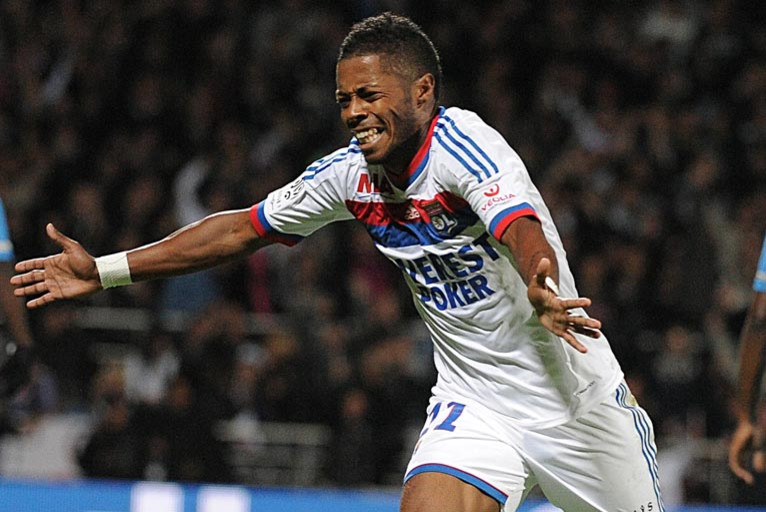 Les Lyonnais registered a deserved 2-0 home win over Marseille on Sunday, moving to the top of the Ligue 1 standings and putting 11 points between themselves and OM in the process...

Week 6 of the Ligue 1 served up an Olympique battle for the fans at the Stade Gerland. The stakes were high, but very different for each of the two combatants: OL had the chance to take the lead of the championship, while the aim for the Phocéen visitors was to climb out of the relegation zone...

The opening exchanges were even as both sides were careful not to lose possession in a dangerous part of the field. Jimmy Briand fired the first shot in anger with a long-range left-footed effort that flew high of the mark (5'). Slowly but surely, the shape of the game emerged. Kim Källström and then Bafé Gomis were on the receiving end of some robust challenges; the Lyon striker, taken out 25m from goal, didn't even receive a free-kick (14'). The breakthrough came via the boot of Bafetimbi Gomis right on the limit of offside, who met a pinpoint cross from Michel Bastos (17'). The rain started falling shortly after Gomis' goal. Rémi Garde's side then doubled their advantage from a well-worked counterattack with Max Gonalons feeding Michel Bastos on the left. The No.11's shot flew across the face of goal and nestled inside the far post to send the Stade Gerland into rapture (29'). Two goals down, OM looked shell-shocked. Morel carved out a half-chance, but his shot failed to hit the target (36'). On another counterattack, Michel Bastos went close to making it 3-0. Monsieur Duhamel blew the half-time whistle with OL deservedly two goals to the good.

Didier Deschamps showed his hand, making two changes at half-time as André Ayew and Amalfitano replaced Morel and Diarra. OM should have reduced the deficit from a cross from the right that resulted in an almighty scramble in the box before Hugo Lloris dealt with Amalfitano's effort (53'). Lyon responded in turn with Bafé Gomis taking too long when ideally placed in the box (56'). Lucho then went within a whisker of putting OM on the scoreboard, missing to the left after good build-up play (67'). Marseille pushed, but OL held firm. In the final minutes, Lyon confiscated possession with 'Olé, Olé' raining down from the terraces with each completed pass. The final whistle completed an evening that will live long in the memory as Les Gones moved back to the top of Ligue 1.