A good point in Amsterdam 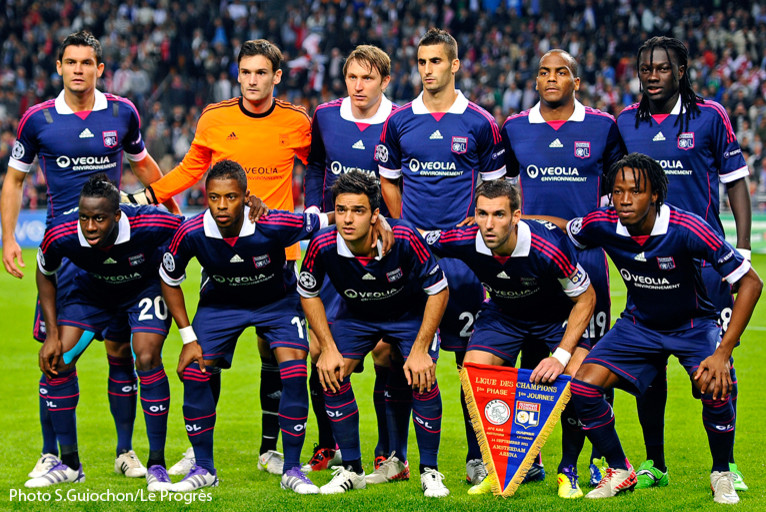 At the of an open and entertaining match of football, that either side could have won, Olympique Lyonnais' opening Champions League match away to Ajax Amsterdam ended in a scoreless draw.

For the opening match of the Champions League, Ajax's ArenA was a packed with a 52,000-sell-out crowd.
The Dutch dictated the rhythm of the opening exchanges. From a corner, Boerrigter headed just wide in a first scare for the seven-time French champions. OL slowly played their way into the match and Jimmy Briand tried his luck from 20m out but just failed to hit the target (8'). But still, Les Gones allowed Ajax possession and looked to hit with venom on the counterattack. Just after the 15-minute mark, Gomis had two big chances after crosses from Bastos and then Briand, but the big centre forward fired wide on both occasions. Bastos then carved out a chance for himself, but he failed to test Vermeer in the Ajax goal. Frank De Boer's players went close to breaking the deadlock, but Sulejmani shot flashed just the wrong side of Hugo Lloris' post (35'). Ajax were particularly dangerous from set pieces, but OlL's defence held firm and as the first half came to a close, it was Ajax that had dominated, but Lyon, that had enjoyed the better chances.

Shortly after the restart, Michel Bastos, released by Gonalons, found himself one-on-one with the Ajax custodian, but under pressure from a returning defender, he fired straight at Vermeer (55'). Rémi Garde's side had plenty of half-chances, but couldn't produce the finish. The knock-out punch seemed to be nearing and Hugo Lloris saved OL by denying Eriksen (65'). As fatigue set in, the scoring chances evaporated. There was still time for Clément Grenier, Briand and Bastos to all force Vermeer into action. Either side could have probably won it, but the scoreless draw is still a good result for the travelling OL.