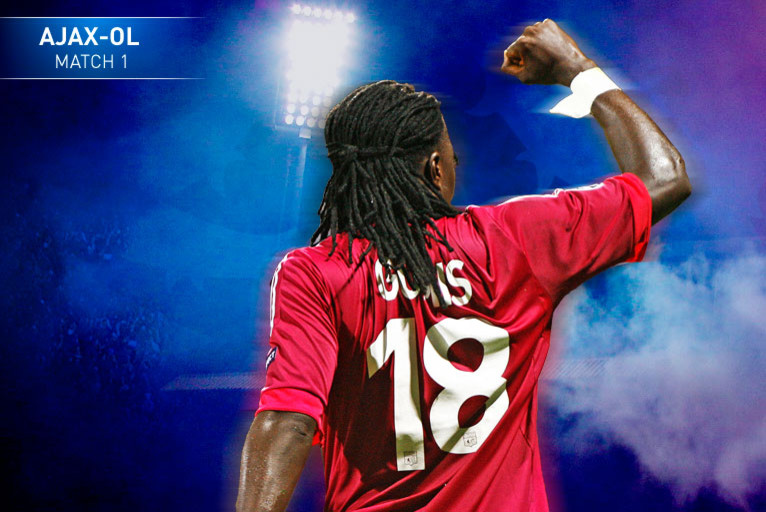 Accepting that Real Madrid are the logical favourites to finish top of Group D, the battle for second place should be decided between Ajax and OL... All the more important to make a winning start away to the Dutch giants this Wednesday...

For the 12 season in a row, OL begins a new adventure in Europe's premier club competition, having qualified for the last-16 in each of the last eight campaigns. That only underlines the experience that Jean-Michel Aulas' has amassed on the continental scene. Not unlike Ajax of Amsterdam, even if the Dutch champions, currently ranked 24th in Europe, owe much of their sheen to an illustrious past. It's a first meeting between the two clubs since the double confrontation back in the 2002-03 campaign and both will be aiming for a place in the last-16 behind the untouchable Real Madrid and ahead of Dinamo Zagreb.

Determined to qualify for the knock-out phase, the two come into Wednesday's clash at the Amsterdam ArenA on the back of encouraging domestic form with Ajax currently top of the tree and undefeated in Holland while OL are sitting second in Ligue 1 and are also undefeated.

Ajax may have lost some of its previous lustre, but Frank De Boer's side still boasts plenty of quality as Gérald Baticle highlighted: "It's a team that loves to get forward quickly and has a great footballing foundation... Everyone attacks, like in the good old days of Ajax..." Scoring seems to be the main priority of this side, whether it be through the Icelandic striker Sigthorsson or the Serb Sulejmani… And when you consider that De Boer's assistant coach is none other than a certain Dennis Bergkamp, then you can understand when the free-scoring touch comes from.

OL know that a good result in the Netherlands will be a real shot in the arm and the perfect way to start the European campaign. Still undefeated after seven competitive matches, the seven-time French champions are still without Gourcuff, Ederson, Cris and Lisandro. Will Rémi Garde go with the same tactics and players that defeated Dijon 2-1 last weekend? It would be something of a surprise to change what has been working so well since the start of August. But will he reinforce the midfield? Could he offer Grenier or Lacazette a starting role?

We'll have to wait and see, but mustn't forget that the matches are coming thick and fast for OL in September and October. The Ajax test comes just four days after the Dijon match and four before the visit of OM. That's enough time. We can also expect the team to be more consistent over the 90 minutes, which wasn't the case last Saturday in Burgundy, perhaps because it was the first game back after the international break.

OL has already shown its collective quality this season to fight against the likes of Ruben Kazan in the play-off matches. These qualities will again be called upon to make a winning start and perhaps, already, a big step towards qualification from Group D...