All you need to know about... Ajax 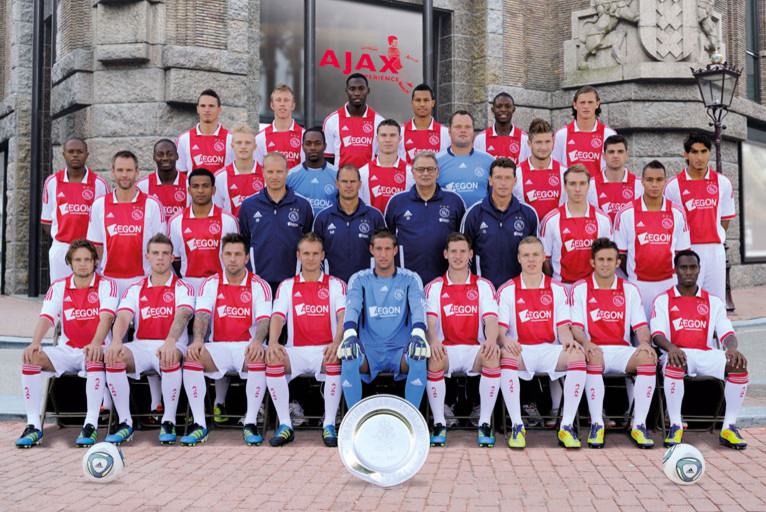 One of Europe's most prestigious clubs, Ajax Amsterdam are coached by one of their famous old boys and currently sit top of the Eredivisie after five matches this season...

Ajax are coached by Frank De Boer (approximately 800 matches as a player) who played 11 seasons for Ajax before defending the colours of Barcelona, Galatasaray and Rangers FC before ending his career in Qatar in 2006. The defender earned 112 caps for his country. His assistant coach is none other than Dennis Bergkamp, 79 caps for 37 goals, who played 727 matches, scoring 262 for Ajax, Inter and Arsenal, where he was Rémi Garde's teammate for three seasons.

Founded in 1900 and currently playing its home matches in the Amsterdam ArenA (capacity 51,600), the club that discovered the legend Johann Cruyff won a 30th Dutch first division championship last season, edging FC Twente on goal difference. Twente got their revenge, defeating Ajax in the 2011 Cup final.

Ajax lost Dutch international 'keeper Stekelengurg during the summer mercato to Italian side AS Roma.

Last season in the Champions League, Ajax finished third in their group behind Real Madrid and AC Milan and ahead of Ligue 1 side AJ Auxerre. Ajax recorded wins over AJA and Milan. Since the Champions League adopted its current format, the Dutch champions have qualified for the last-16 in 2005-06, where they were eliminated by Inter Milan (2-2; 0-1). In the 2002-03 campaign (old formula) where it shared a group phase with OL, Ajax lost its quarter-final tie to AC Milan.