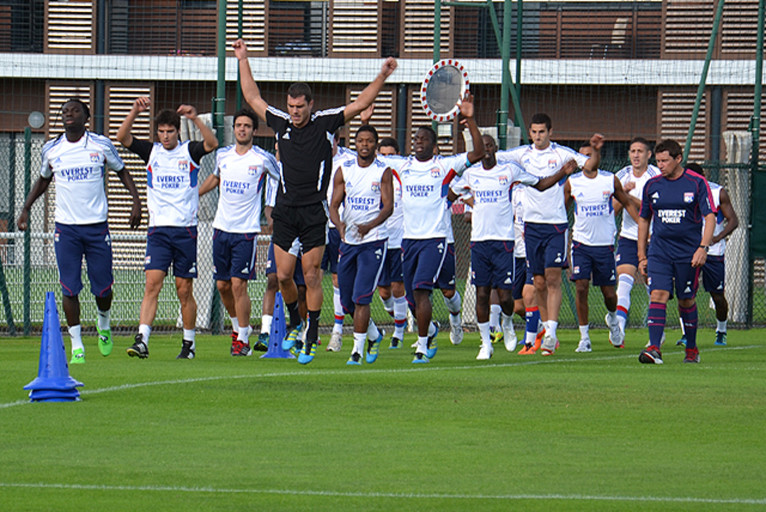 After a well-earned two and a half day break, the Olympique Lyonnais players were back at the club's training complex Tola Vologe for a session on Monday afternoon...

The squad, minus it's senior internationals but with it's U20 World Cup stars (without Tafer, injured, and Réal, loaned out) and including youngster Gueïda Fofana were right on time for training. After the traditional warm up, the squad was divided in two: the young World Cup players along wth Lamine Gassama ran timed laps of the pitch while the others had a big fitness session across a range of drills. The squad then worked on some passing moves before a practice match on a small pitch with four goals. Training ended with the traditional stretching.

Yohann Gourcuff and Clément Grenier both trained normally up until the practice match, at which point they continued their individual training regime indoors.

Next training is scheduled for 10am Tuesday and will be open to the public.