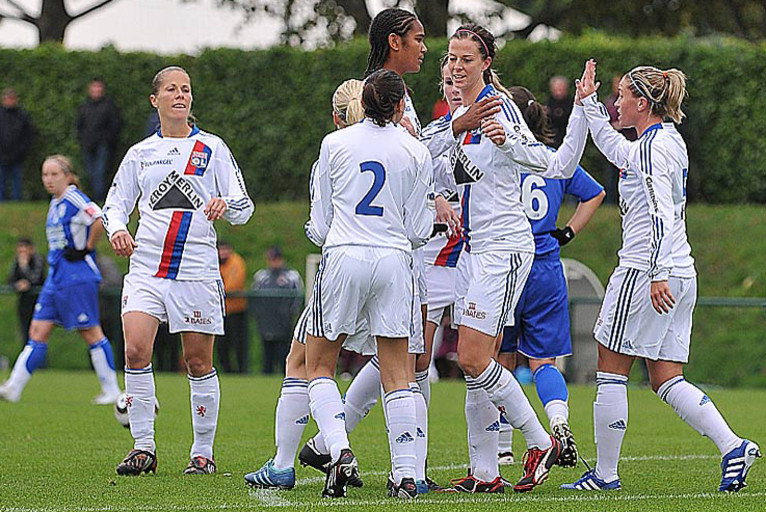 The Olympique Lyonnais Women's team made the perfect start to their league defence with a 10-0 drubbing of promoted Vendenheim, on Saturday afternoon.

In front of some 9,000 spectators at the Stade de la Meinau in Strasbourg, the gulf in class between the promoted Alsace outfit and the freshly crowned European champions was there for all to see.

Making their return to competitive football after their historic continental triumph, Les Lyonnaises tore their opponents apart in a stunning first half thanks to goals from Lotta Schelin (12'), Elodie Thomis (16', 21'), Camille Abily (30'), and Lara Dickenmann (40').

The second half brought more of the same as it rained goals on the opening day of the championship with further strikes from Elodie Thomis (46'), Lotta Schelin (54') and substitute Eugénie Le Sommer (67', 74', 84').

Thanks to the size of the win, Patrice Lair's charges are already top of a championship they have dominated for the last five seasons, ahead of Sunday's remaining Week 1 matches (Saint-Etienne - PSG has been postponed). The OL Women host Hénin-Beaumont next Sunday at the Stade de Gerland (15:00) in Week 2 of the Women's First Division.