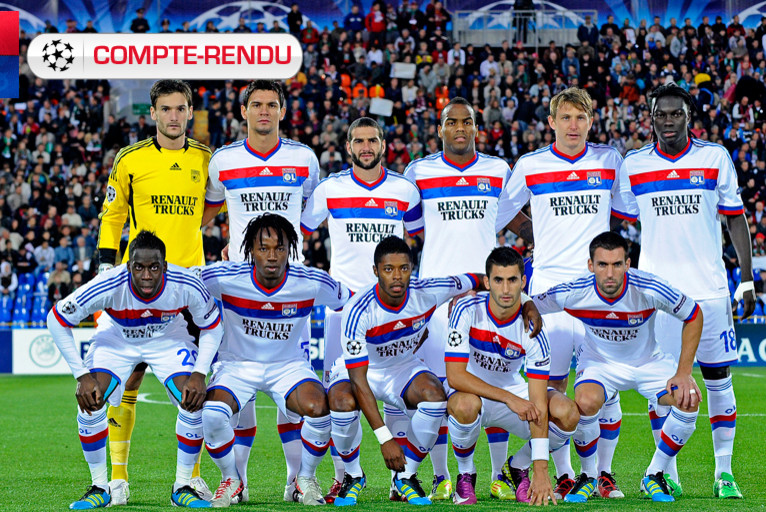 Despite a few scares in the second half, Lyon won their ticket to the Champions League and that for the twelfth time in a row.

After the 3-1 success in the first leg at home, it was now up to OL to complete the work in Kazan. Rémi Garde fielded the same starting lineup as at Gerland one week earlier.

In the first minutes of play the Olympians left the initiative to the Russians. Lovren fell badly after a duel in the air but the Croatian got up quickly (6’). The Gones created a great opportunity through Max Gonalons but his shot was well saved by Ryzhikov (14’). Less than a minute later Michel Bastos tried a half-volley but it spun a few inches wide of the Russian goal. OL were perfectly organized. At no time could we imagine the Rubin Kazan players scoring. The Belgian referee Frank De Bleeckere forgot to whistle two handballs in the penalty area. Knowing he had a one on each side we will speak of impartial refereeing. After 45 minutes, both teams left the field with a scoreless draw.

Kurban Berdyev’s players had an opportunity right from the start of the second half. Noba shot just wide of the target. The Russians opened up more and more. Bafé Gomis missed opening the scoring, dribbling the goalkeeper only to be tackled at the last gasp by the defender to save his side. A few minutes later Lisandro was also stopped by Ryzhikov. The Kazan players would not admit defeat and they hit the Lyon crossbar on a cross cum shot from Lebedenko (65’). Hugo Lloris saved his team following a shot at close range from Medvedev. The Russians threw all their forces into the battle and OL suffered. The Olympians dropped deeper and deeper, Natcho brought the ground alive by opening the scoring with a shot from inside the area (77’). The Olympians thought they had equalized through Lisandro but Jimmy Briand was guilty of "stealing" the ball from the gloves of Ryzhikov (80’). Bastos hit the crossbar five minutes from the end and OL were still under the threat of a goal. That was without counting on OL’s new recruit Bakary Koné who victoriously headed home a corner from Kim Källström (87’). Everyone could breath freely. Lyon had done it. Certainly with a few scares but the essential was there. OL qualified for the twelfth consecutive time for the group stage of the Champions League.