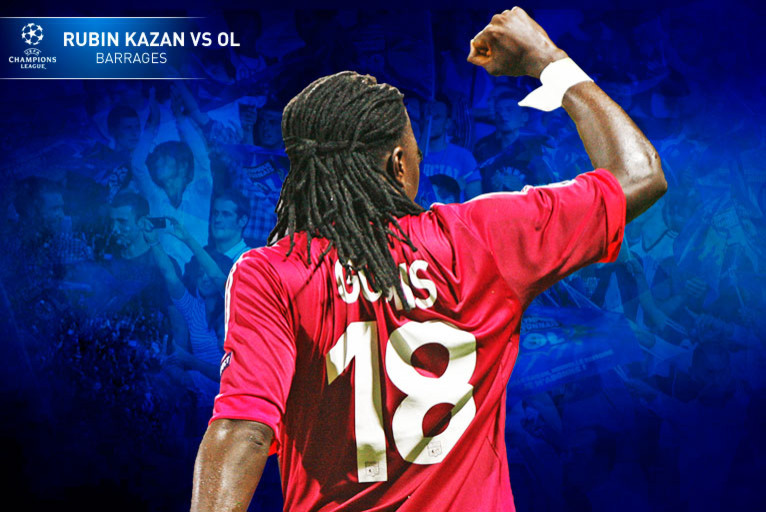 Having taken a great advantage at home, OL seem to be on the way to the group stage ...They will have to finish the job against the Russian team of Rubin who can also dream about a qualification ...

Let’s just hope that the fourth goal which was beckoning to the partners of Lloris will not prove to be lacking on Wednesday night. Let’s hope that the hassle of the trip to Kazan does not prejudice the Lyon group. With a two-goal lead, Lyon took a serious option on a 12th participation in a row in the Champions League.

The first leg has highlighted the feasibility of something beyond the final score, but we also said that Berdyev’s side had not abdicated Berdyev, having shown well built sequences at Gerland which bore a real danger as evidenced by the goal scored by the ever active Dyadun or the beginning of the second period. Will Rubin Kazan take any risks in the knowledge they prefer to primarily defend and counter? We will have to wait and see, knowing that they will be deprived of Bocchetti, suspended, Kuzmin, injured. It remains to be seen about the complete state of Russian troops and the presence or absence of Martins, Ansaldi ...

OL know that by scoring, and why not quickly, they would have tied up the encounter. Their start to the season has shown a remarkable state of mind, a desire to play, an animation that pays. If Lisandro and his teammates manage to wipe out this bad habit of falling behind 1-0 at the start of matches, they will have their tickets in their pocket for the draw on Thursday, August 25th. They also found out that there was room to move this 5 man defence, a defense deprived of their Italian Bocchetti who had did good work in the first leg. Could this change the plans of Berdyev, moving to a 4 man back line for example?

Ederson, Gourcuff, Cris, Mensah and the French u20 internationals are all still unavailable... Rémi Garde will certainly play continuity at the start of the encounter. One question beforehand: Pjanic, convincing in the starting line-up against Brest, can he do the same on Wednesday?

OL have a lot at stake on Wednesday night at the Central Stadium of Kazan. A qualification would validate all the changes, the work done since the start of pre-season, the first results ... It would enhance the sporting dynamic, would provide an influx of money ... Certainly, there would be an additional impetus to go further. And we want to say that the group deserves it when you see how they live together.