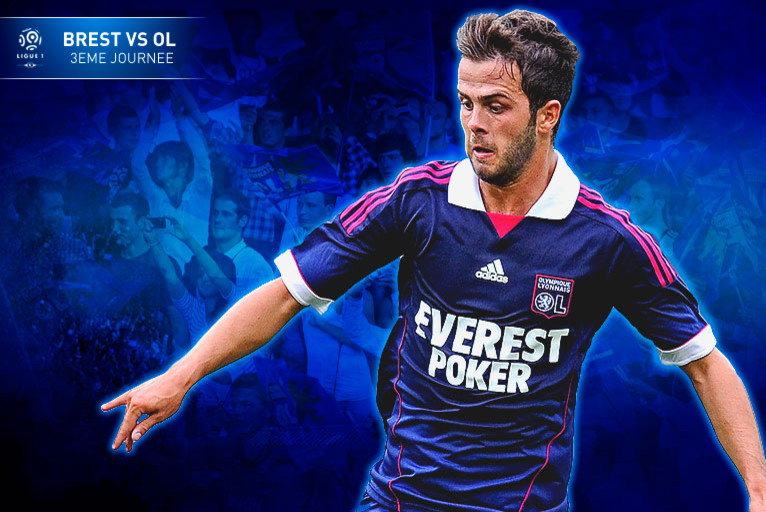 Four days after their success against Rubin Kazan and a few hours before their trip to Russia, OL are back in action in the Ligue 1 away to Brest...with always the same idea in mind...

A successful month of August, such was the ambition of Rémi Garde before the season started. Halfway through the journey, things have started rather well despite the home draw against Ajaccio and the logical uncertainty related to the qualification for the group stage of the Champions League, even if the 3-1 success at Gerland puts OL in a good position. Rémi Garde has not changed his tune as he has not changed his starting team apart from replacing the injured Cris. This lack of change also brings about questions for those who follow Lyon. Will the seven-time champions of France be able to keep up the pace? Is the OL coach considering changes against Brest and what? If so, will he maintain the same animation?
Rémi has not disclosed his intentions on any changes, but stated he would maintain the animation by repeating that the group needed bearings... A few months ago, we wondered why things were changing all the time. And now, some wonder when it does not move or just barely! Is the pace so hectic?

There will be four days between Rubin Kazan and Brest and four others before the match in Russia. Lyon will not be putting in any vigorous physical work in between... knowing that any fatigue will be more easily wiped out with positive results. In any case, Remi Garde does not have a huge squad at the moment. Compared to the past, only Pjanic, twice substitute after his injury, can be considered a guaranteed starting player. Let’s allow the Olympian staff to get on with their work...

Brest are lacking defenders at the moment because of injury, but remain unbeaten after two matches and two consecutive draws. They can always count on the remarkable Grougi to lead them and hit the set pieces. There is also the committed Baysse who troubleshoots perfectly in the centre of defence... There is Elana in goal... Lesoimier on the flank... and of course Roux to score their goals. Brest were the surprise team for much of last season, seventh before the winter break, before falling and avoiding relegation by two points. They are a team who are waiting for the experienced Zebina. With or without the former Juventus player, the goal will be to win at home as Elana stated at the last press conference. "Top team or not, we must beat them and we will count on the support of our fans that will be there to help us..."

Both teams have different final ambitions, but in this month of August, they are quite close, in other words, start well so as not to have to chase the missing points for the rest of the championship campaign and find themselves in a uncomfortable situation. So, on Lyon’s side, the idea will be to continue in Brittany that which was nicely started in Nice.