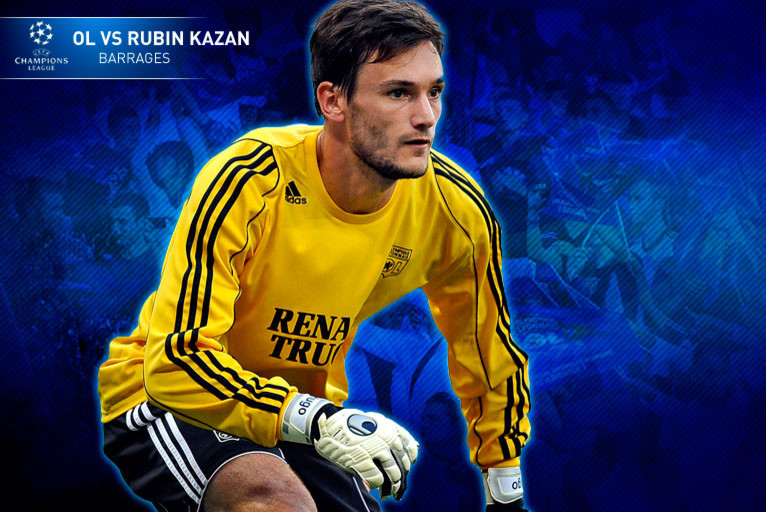 OL dispute at home on Tuesday the first leg of the qualifying match against the Russian club Rubin Kazan ... a tough opponent ahead ... Lyon must take steps to address the return leg if possible in good conditions ...

On paper Lyon’s experience weighs much more than that of FC Rubin Kazan. Imagine 184 European matches against 26. Imagine 104 Champions League games against 14 or even 12 participations in a row in this prestigious continental competition against 2! But you can always imagine things ... imagining does not automatically give you a ticket to the group stage.

The Russian club coached by Kurban Berdyev has in fact already achieved some great performances in their two appearances in the Champions League including a win in Barcelona and being undefeated at home. They also have the reputation of being difficult to play against with their 5 man defence, their desire not to concede goals, their organization, collective ... A team that does not really have a specific goal scorer as evidenced by the goals scored this season. A dangerous opponent, who have the advantage of playing the return game at home and who have already played 20 league matches.

OL are therefore forewarned. But this OL side that loves to play can take out an option for qualification on Tuesday night. If they maintain the positive things seen so far this season and erase the approximations all the while having "more luck" than against AC Ajaccio. The Olympian team spirit is definitely a plus in order to move forward, just like the stability of the squad set out by Rémi Garde. Certainly, OL are deprived of Ederson, Gourcuff, Cris, Mensah, of their u20 French internationals and this does not help find alternatives for the Lyon coach.

The energy used up on Saturday night may also bring about fear of a certain amount of fatigue, especially as matches are coming thick and fast. But the seven-time champions of France do not have much choice if they want to participate for the 13th time in a row in the group stage of this competition. A competition that the former Guingamp player Bakary Koné is about to discover.

OL must indeed make a good performance from the first leg. In the history of the Champions League, OL only qualified once without having won the first leg in a match played at the Stade Gerland. It was during the 2009-2010 season after a draw against Real Madrid (1-1) in the last 16! For his first appearance as coach on the European scene, we just want Rémi Garde to do at least as well as in the first game he had played in Europe in 1991-92 against Oster Vaxjo...