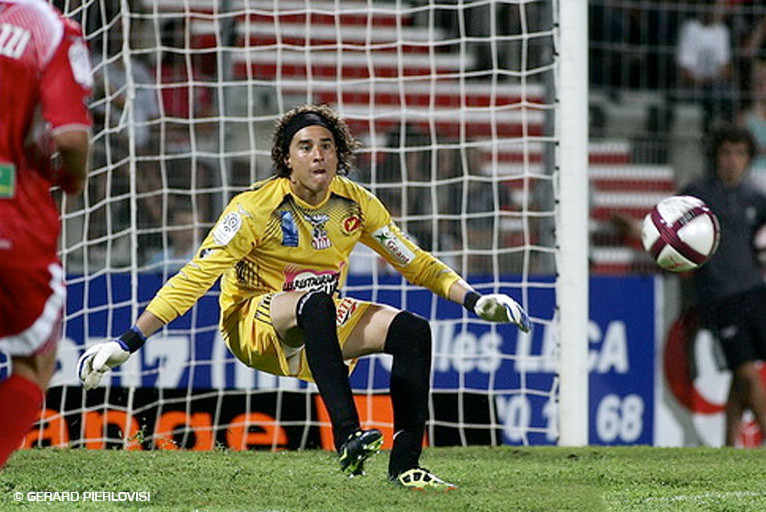 The Corsican club achieved promotion to a L1 they had left in May 2006 ... and recruited a Mexican international goalkeeper ... They lost their first league match ...

For their return to the L1, AC Ajaccio lost 2-0 at home to Toulouse. 2 goals conceded following set pieces: one after a free kick and the other after a throw-in.  4 bookings.

Olivier Pantaloni has been in charge of the team since February 2009. He had already managed the club in the L1 in 2004 (5 games). He had taken the place of Bijotat before Courbis came in. He was also an Ajaccio player during his career.

Among the players who have worn the Ajaccio jersey, we can note Baratelli, Courbis, Porato, Squillaci, Trésor, Sansonetti, Savidan, Prso ... Sansonetti finished top scorer in the D1 in 1968 with 26 goals in the Corsican jersey.

Ochoa was with the Mexico side that faced the USA. André was called up to the French u21 side.