The World Cup players back in Tignes 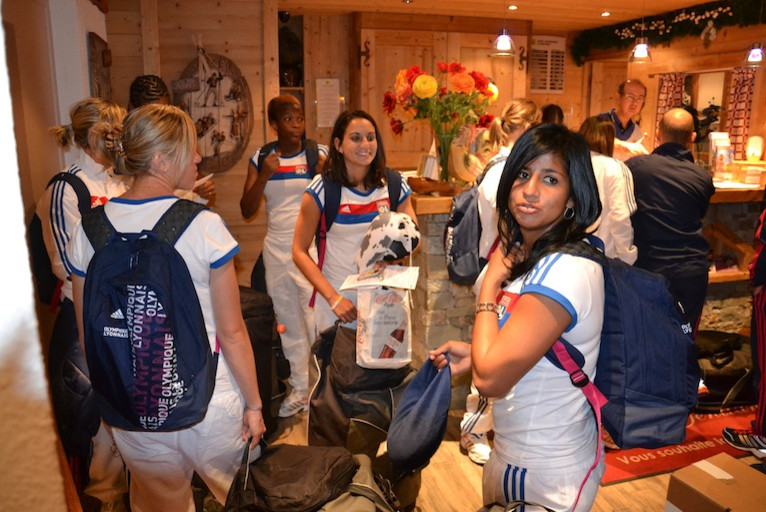 OL’s women will begin on Tuesday morning their training camp in Tignes, with a full strength squad.

There are smiles that you never mistake. This morning at Tola Vologe, Patrice Lair and his international players were happy to be reunited. At 10am, the Lyon women who participated in the World Cup came to retrieve their equipment before heading to Tignes at the beginning of the afternoon. The World Cup players have therefore been reunited with the rest of the squad who started back in training two weeks ago in Lyon. And it is in a lively atmosphere that the European champions, finally back together, headed off to the mountains for a week of training.

Only Switzerland's Lara Dickenmann, who received tonight the title of player of the year in her country, was missing. The last goalscorer of the Champions League final won against Potsdam (2-0) will join the group on Tuesday. The recruits Céline Deville and Makan Traore, however, are present.

On the agenda this week, two training sessions per day and physical wake up sessions for the World Cup players. The Lyon women will work on their fitness in the morning and with the ball in the afternoon. The injured Sandrine Dusang, Corine Franco, Amandine Henry and Louisa Nécib will follow a specific program. Note that a young American will be tested during the course.