A look at the five potential opponents 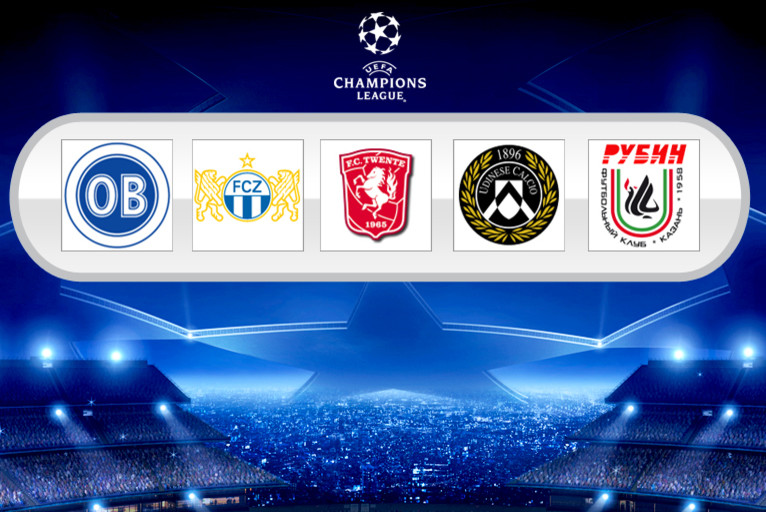 No greats of Europe ... no team with a continental record... this does not prevent any ambitions and potential danger...

In this team, we note the presence of Bernard Mendy (former PSG player...), of Djemba Djemba (former Nantes, Manchester United player...), of Ruud (Norway), Wessels (Germany), a goalkeeper who played at Bayern Munich...

They have managed 1 win and 2 draws after 3 days of their domestic championship.

83rd place in the European rankings. Created in 1896; Letzigrund Stadium (30,000 seats). 12 league titles, seven national cups, 11 participations in the Champions League, 11 in the UEFA and 3 in the Cup Winners' Cup.

In their ranks, are Magnin formerly of Werder Bremen. There is the goalkeeper Leoni, the Frenchman Alphonse, the Swiss international Margairaz...

After three days of their championship, FC Zurich total 3 losses.

Among the players to watch, Janka, Brama ... There is a Bulgarian international goalkeeper Mihaylov...

61st place in the European rankings. Established in 1896. Stadium: Stadio Frula (41,000 seats). No championships or national cups to their name. One participation in the Champions League (the third qualifying round), eight in the UEFA Cup.

The team is coached by Guidolin, former coach of Monaco. They count in their ranks Di Natale, Benatia, Corradi, Pinzi...

59th place in the European rankings. Founded in 1958. Central Stadium (30,000 seats). 2 league titles. Have already participated in the Champions League, including a victory in the Nou Camp 2-1 against Barcelona.

Fourth in their domestic championship after 18 matches.