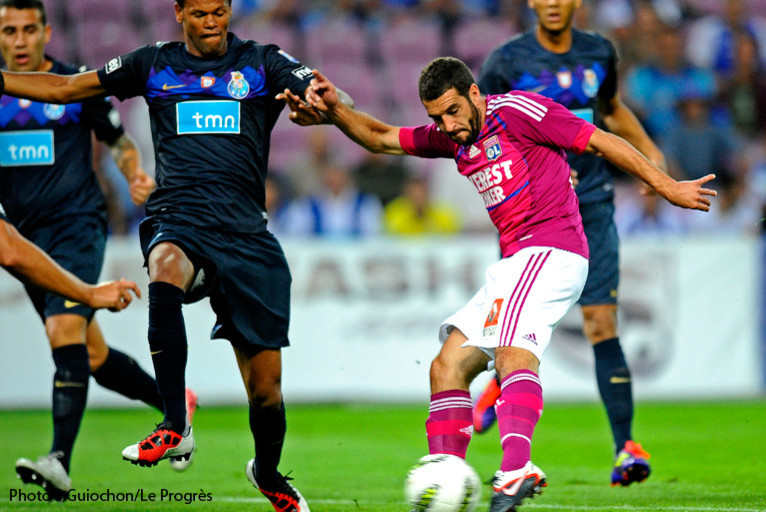 Different observations were needed for Lyon after the win against Porto ... and before the start of the championship

Football is not an exact science and that is part of its charm. Dominated by an outstanding FC Porto, Olympique Lyonnais emerged victorious against the run of play by being incredibly realistic with two goals and a clear cut chance in five attempts against 24 opposition shots and between 8 and 9 chances to score!

Congratulations to the Olympians for having taken advantage of the "crumbs left" by the winner of the Europa League whose coach largely changed the face of his team late in the game. Congratulations to Cris and his partners for their collective solidarity and the desire not to let go. This victory at the end of the friendly campaign validates changes made since the return to training. A great reward. Let’s look at the different observations...

The pragmatism of Cris: "Yes, we are in progress. We lost the first two games, then managed two draws. We finish off with a victory. The team had to be ready for the start of the championship, we will be, even if everything is not perfect. It is obviously necessary to assimilate the change in playing philosophy..."

The lucidity of Rémi Garde: "We were not devastated after the previous results. We are not leaping with joy after this success. In the first half, we suffered enormously against a very good team. Things got better later. Tonight, we were realistic, which had not previously been the case. This achievement rewards a group that never gave up. There is, however, obviously room for improvement in all departments."

The admission of Rémy Vercoutre: "What a Porto side! What a player they have in Hulk! I can see Porto in the semi-finals of the Champions League. We were lucky to win. We did not deserve to win ... or to draw ... but when you play in goal for OL, you feel reassured by the guys in front of you. I was coming back from injury, but if I had not played to avoid contact, I was working hard physically...So everything was fine."

The relief of Bruno Génésio: "Fortunately, in the league we do not meet a team like Porto every day!"

An analysis heard in the mixed zone: "Tonight we certainly proposed less play than in previous matches. But it's hard against such a team..."

Lyon’s friendly campaign has not been easy with these five away games, with the absences of the u’20s French internationals, with the injuries to Gourcuff, Pjanic, Ederson, with the increasing quality of the opponents faced. It has highlighted the current strengths and weaknesses of the seven-times champion of France.

The strengths? Without being exhaustive, the remarkable team spirit which helps collective solidarity grow. Smiles are back on the faces in the image of the captain Cris who has gotten gradually stronger since early July. This should lead to all players trying surpass themselves. Despite the difficulties and imperfections, the team already has a block in place able to counter opposition initiatives. This campaign has shown once again that Lyon possess a substitute goalkeeper of great quality. Rémy Vercoutre delivered two great performances (Red Bull and Porot). And we do not forget the youngster Anthony Lopes, completely changed compared to last season. It was noted with pleasure that Mensah was clearly ready to challenge for a place in the centre of defence... The progress in all areas of Belfodil.... The great health of Réveillère ... The promise of Sidi Koné...

The weaknesses of the moment, the absence of Gourcuff, Ederson, Pjanic ... and the French international youngsters. This did not allow Rémi Garde to do exactly what he wanted. The difficulty in conducting the play, keeping the ball as was the case against Porto, which puts the team in danger ... The shortcomings related to the new system of play which certainly needs additional fine tuning between all the lines ... The relationship between Lisandro and Gomis which needs to be perfected, without forgetting that Gomis was returning from injury ...There also remains the absence of one or two recruits to improve this group that has lost the essential Toulalan.

OL are now in the home stretch of their preparation. They have an appointment on Saturday in Nice for start of the championship. The real new Lyon story begins at the Stade du Ray. Gérald Baticle has supervised the team from the Riviera during their pre-season friendlies. He warns, "between the defeat at Evian and the success against Udinese on Saturday, I have not seen the same team... They have really progressed...." The 2011-2012 version of OL will not really have time to take their time in getting the results that we are expecting from this busy month of August... One way of reassuring the skeptics... or comforting the most optimistic.