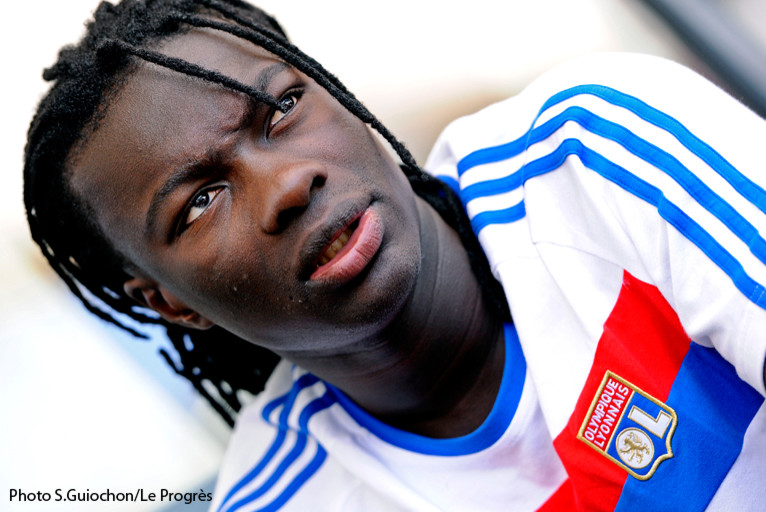 The OL attacker looked back on last season and has already turned towards the new one... with a knee soon able to compete ... An interview to be seen this Tuesday in the programme Estival...

We had left "Bafé" with a bust knee during the match against Brest. Result? Season over for the solid striker. "It was frustrating to leave the boys when there were still some important games to play to finish on the podium. I actually wanted to go to Monaco to encourage them." This injury was as frustrating as the scenario of the season. "Yes. We had a squad for other results. We started the season badly...." At the end of the day a third place finish and a great deal of fatigue. "Despite my injury, the holiday was welcome. We had to think about something else. It was exhausting. I went away a little during my vacation, but I also worked well in Lyon (Paul Santy centre) to treat my knee. I still do not have the right to contact, but it should not be long .... "

A frustrating season that "Bafé" does not judge completely in a negative manner. "We started badly. And in the group the players were not always good at the same time. But there were good things. Me, I struggled at the beginning, after I had a very good time before finishing less well." A personal regret? "I must be more decisive whether it be in scoring or creating goals...." The former St Etienne player, 12 goals and 2,997 minutes played, is aware of his progress that everyone has seen. "Yes, thanks to work, my teammates and the advice of Claude Puel and Bernard Lacombe, I feel I have progressed. I learned to deal with things on my own up front. The style of play? It's not problem, we adapt. As for the players, it is the coach who decides. He has choices to make and we must accept them. I never put in the public sphere my personal feelings. You have to understand that the substitutes are as important as the first team players... but I prefer to play..."

This player, among the most used since he arrived at OL has progressed to the point that Remi Garde or president Jean-Michel now talk about him as a centerpiece of the collective on the same level as Lloris, Lisandro , Gourcuff ... "It makes me happy of course, just as the change in attitude towards me of the fans. This proves that hard work pays. But a new adventure begins with a new coach. Everyone is on the same footing. We changed location for the preparation. Everything is going well. Everyone must understand that it is important for the squad."

Individual expression at the service of the collective, a leitmotif for this boy who could have returned to the France team before leaving on vacation without this cursed knee injury. Hopefully this is only a postponement ... it would be a good sign for this new version of OL.