A good note to finish on 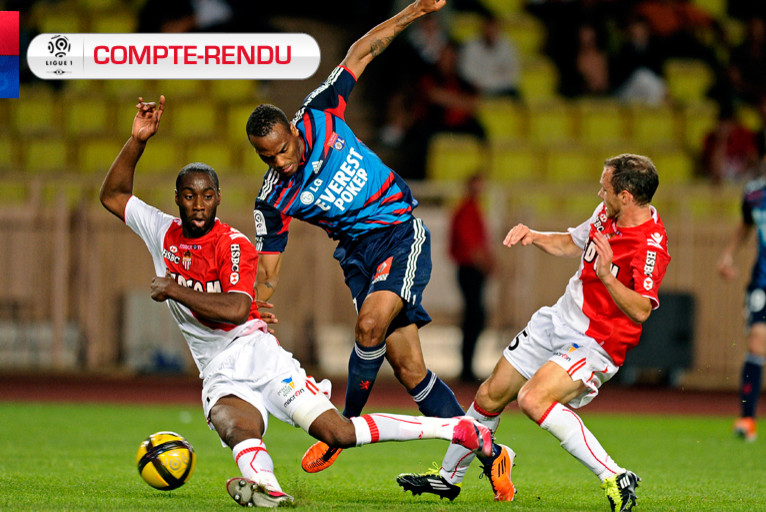 Mission accomplished for Les Lyonnais who finished the season in third place thanks to a 2-0 win away to Monaco. Les Monégasques, for their part, are relegated to Ligue 2.

An extremely important match awaited Lyon in the principality for their final match of the campaign. Les Monégasques had no option but to win if they wanted to save their place in the top flight, while Cris and Co. needed a win to be sure of finishing third and qualifying for the Champions League next season.

You could cut the tension with a knife in the seconds before kick-off. The opening exchanges were nervous with Jimmy Briand carving out the  best chances for OL without finding the finishing touch. Lyon was in control of the situation but struggled to put their rivals in danger. The home side were looking to strike almost exclusively from set pieces. Lisandro then played in Briand who controlled and shot in the one movement, only to see his shot fly agonisingly wide of Chabbert left-hand upright before Monsieur Duhamel blew the end of a scoreless first half.

After the break, Malonga drew a top drawer save from Hugo Lloris in the OL goal (53'). Monaco were looking more and more dangerous and the match slowly began to open up. Ederson scythed through the Monaco defence before setting up Lisandro whose left-foot finish flashed centimetres wide of the mark (58'). OL finally made the breakthrough when Max Gonalons' shot was palmed out by Chabbert into the path of Pape Diakhaté who slammed the loose ball home (66'). At almost the same second, ASSE scored against PSG which all but made Lyon's third place safe. With ten minutes left, the seven time champions made the game safe thanks to Cissokho's cross and Lisandro's precision finish into the top corner (81'). Lyon's joy, tempered by the result that condemns Monaco to relegation and Ligue 2 football next season.