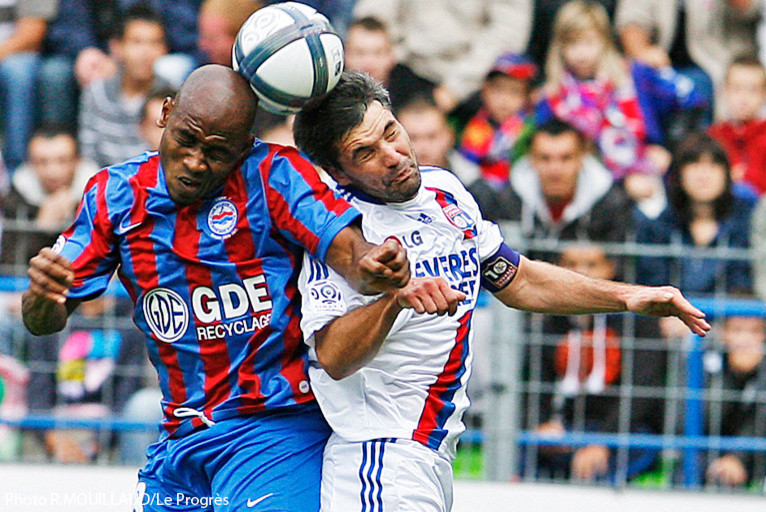 OL are unbeaten against Caen in the last ten confrontations in the L1 at Gerland… 8 victories and 2 draws… 23 goals scored, 8 conceded…

2007-08: OL 2 Caen 2 (Benzema (2), including a second goal from a free-kick which allowed OL, down to 10 men, to equalize and keep Bordeaux four points behind with three games remaining in the campaign)

In the match earlier in the season for Week 2 of the Ligue 1, Caen won 3-2 at the Michel d’Ornano stadium. As early as the 2nd minute, El-Arabi opened the scoring after Jean II Makoun had lost the ball. Bafé Gomis opened his account for the season with an equalizer four minutes later, before the Normans retook the advantage 15 minutes later through Yatabaré. But, Bafé Gomis equalized a few moments later, with his second goal. Just before the break, Anthony Réveillère was guilty of a strong tackle on Mollo, picking up a second yellow card synonymous of a sending off. At 10 against 11, Lyon broke down in the 77th minute, and N’Diaye this time gave a decisive advantage to Caen.