Derbies before the final 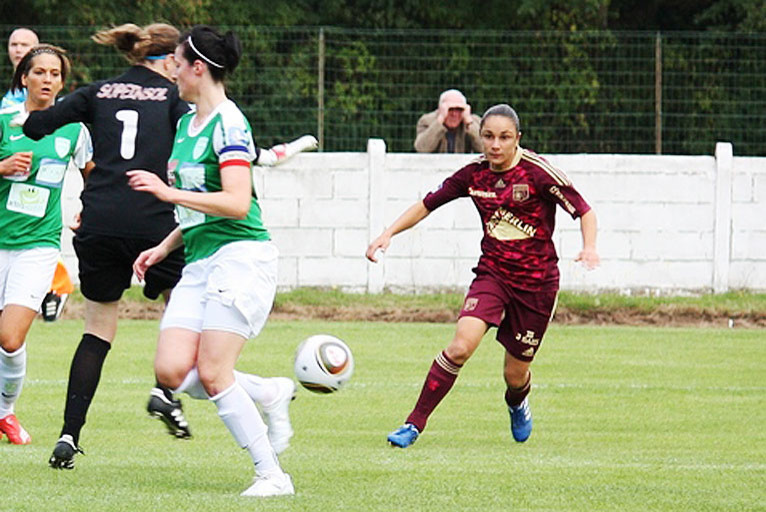 OL's women will have to face Saint-Etienne twice before the final of the Champions League.

Already having been crowned champions of France several weeks ago, the Lyon players have only the final of the Champions League in their minds. On the 26th of May in London, OL will attempt to take revenge on Turbine Potsdam after the loss on penalties in the final last season against the Germans. Because of a disrupted schedule, Patrice Lair’s players have been given two consecutive derbies, to prepare this final.

First act this Sunday at 15h00 away to Saint-Etienne, currently 5th in the championship: "We know the importance of a derby between Lyon and Saint-Etienne, even for us women, states Sonia Bompastor. We will do everything to give a victory to our fans. We are already champions, but we would like to end the season having won all our matches." If Lyon are still on track to achieve this feat with 19 victories in 19 games, the goal is primarily the preparation for the final: "This match is likely to be complicated, says a wary Patrice Lair. We will have to win and avoid injuries."

Elodie Thomis and Corine Franco, who resumed training with the group this week, are absent from the trip. The first should return to the group next weekend, the second could make her playing comeback with the reserves.