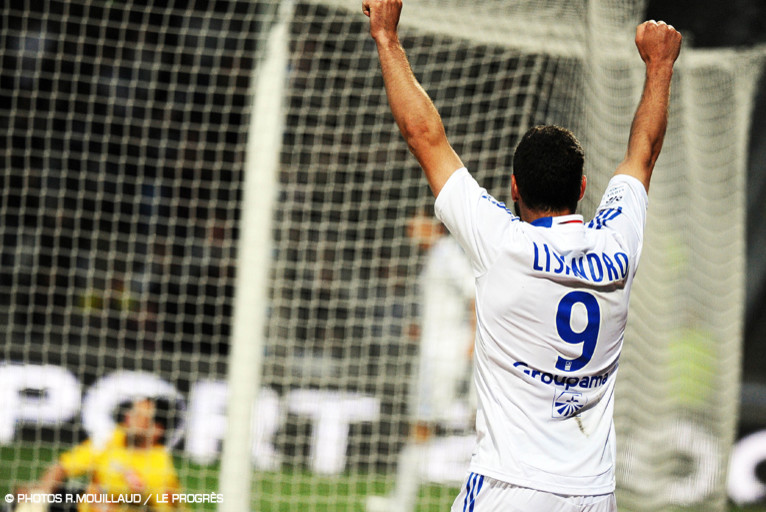 In a fantastic game, Claude Puel’s suffered a scare but snatched victory in the final minute of play.

This encounter between Lyon and Montpellier with seven games remaining already proved decisive for the outcome of the championship. Unfortunately for the Gones, Jeremy Toulalan was hit in the knee in the first minute of play and Cris replaced him shortly thereafter. Following a long range free kick Lloris had to be on form to clear a header from Kabze (8’). Lyon replied through Max Gonalons whose shot from twenty yards was pushed out for a corner by Jourdren (12’). Just afterwards Cissokho sent a good cross in to Gomis but he missed the ball at close range (16’). It was Ederson who sent the crowd at the Stade Gerland into raptures. Breaking from his left flank, the Brazilian sent a thunderous strike into the top corner of Jourdren’s goal (22’). Montpellier came up with an equalizer a few minutes later with Giroud, getting in behind the defence, firing past Hugo Lloris from point blank range (29’). This equalizer hit the Olympians who now struggled to approach the opposition goal. At the end of the first half, each team would have one opportunity. Gomis struck first just over the goal and then Dernis who, with a splendid lob, found the Lyon cross-bar (44’).

Right from the restart, Bafé Gomis created a huge opportunity. After turning a defender in the middle of the penalty area, but he hesitated in shooting while the Montpellier keeper was on the floor. Just afterwards, Dernis, untenable, hit the Lyon crossbar for the second time of the evening (48’). Claude Puel's players were playing higher up the field during the second half. Played in deep, Bafé Gomis took his time in front of the goalkeeper before serving Lisandro on his left, who placed the ball into the empty net (55’). This goal at just the right time for an OL side who had been a little disjointed over the preceding minutes. Chelito, who had just replaced Ederson, created an opportunity after a great pass from Lisandro but Jourdren held onto the shot of the Argentinean (76’). In a collision with Koita, Cris received a blow to the chest that left him on the ground a few minutes. When the Brazilian had just returned to the pitch, Montpellier broke forward on the attack. After having stopped a first strike, Hugo Lloris was beaten by a shot from Camara deflected by Aly Cissokho (84’). In the final minute of regulation time, Källström sent a cross in to Lisandro, who flicked a header on to Gourcuff who shot past the Montpellier goalkeeper. Gerland could breathe again. After having scared themselves, the Gones snatched victory at the death.