A great day at the Gouverneur golf course 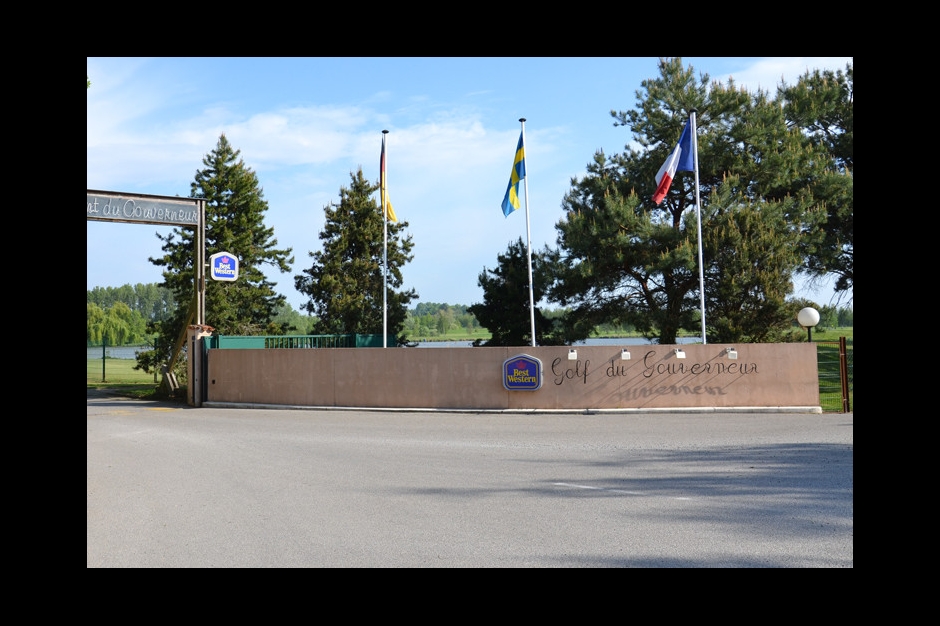 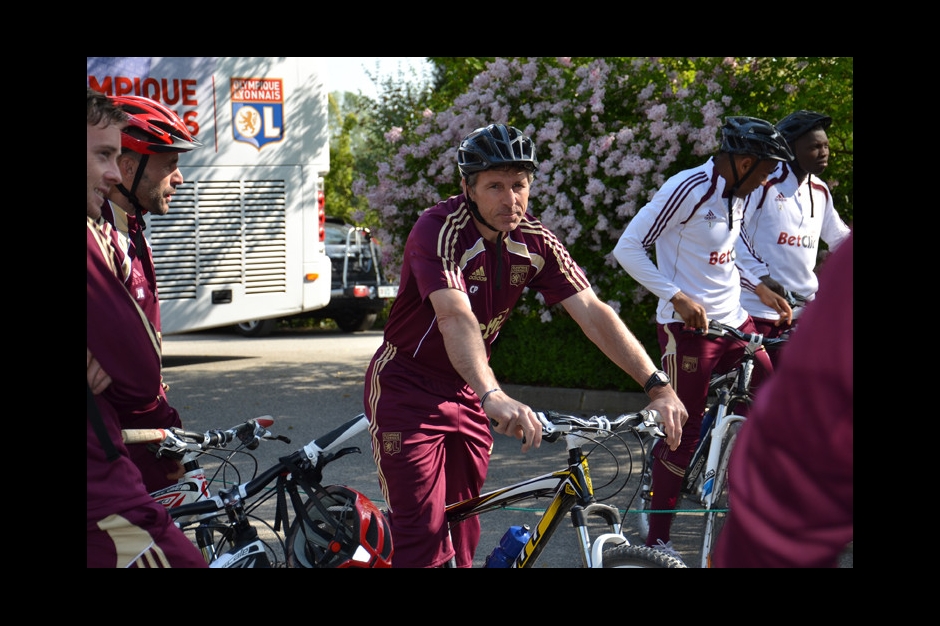 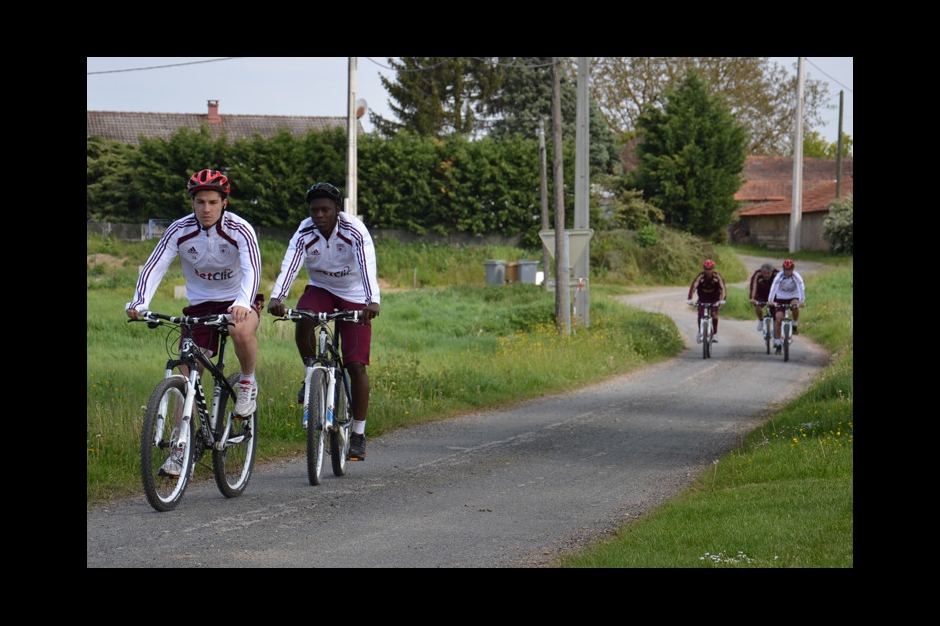 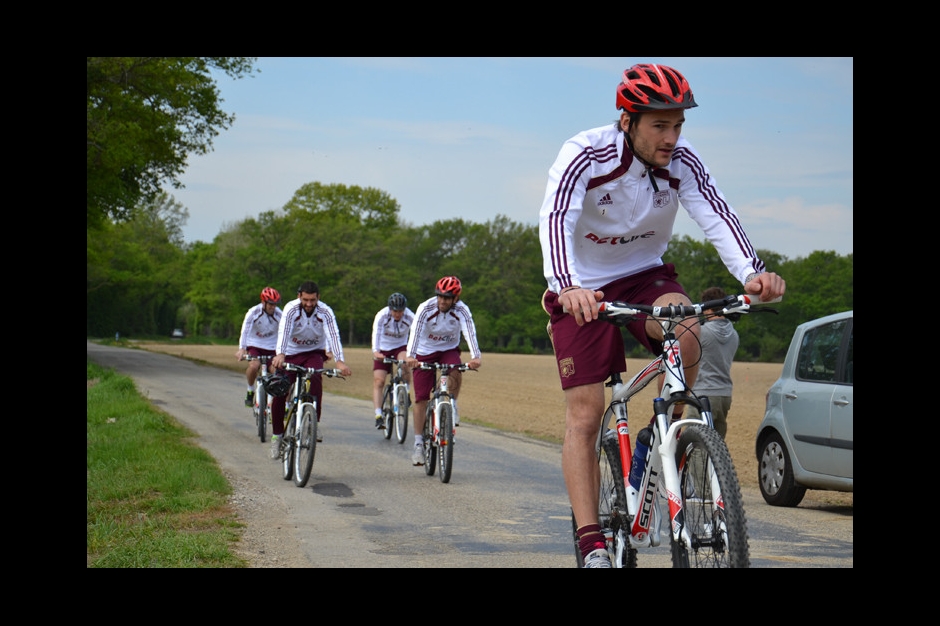 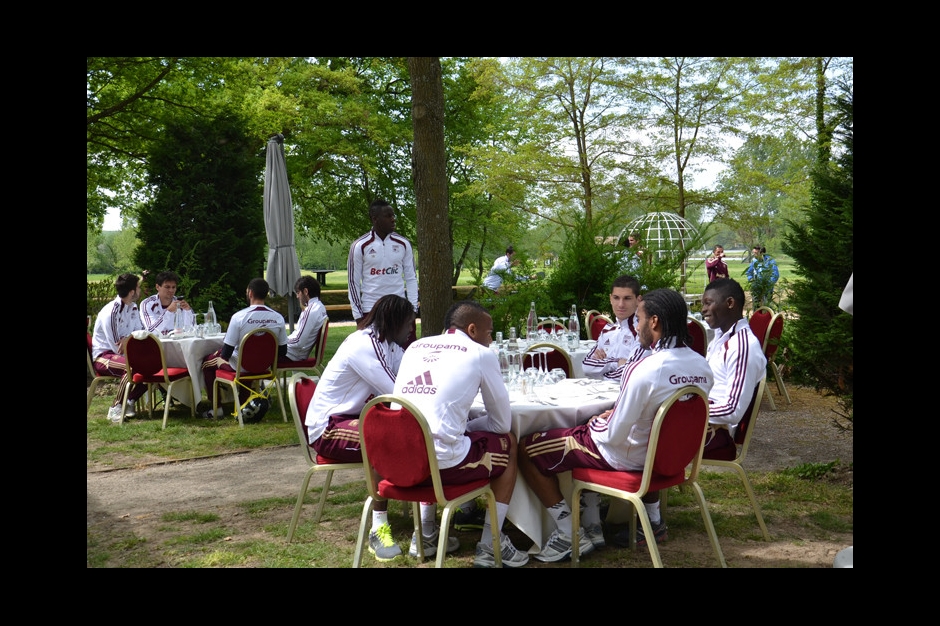 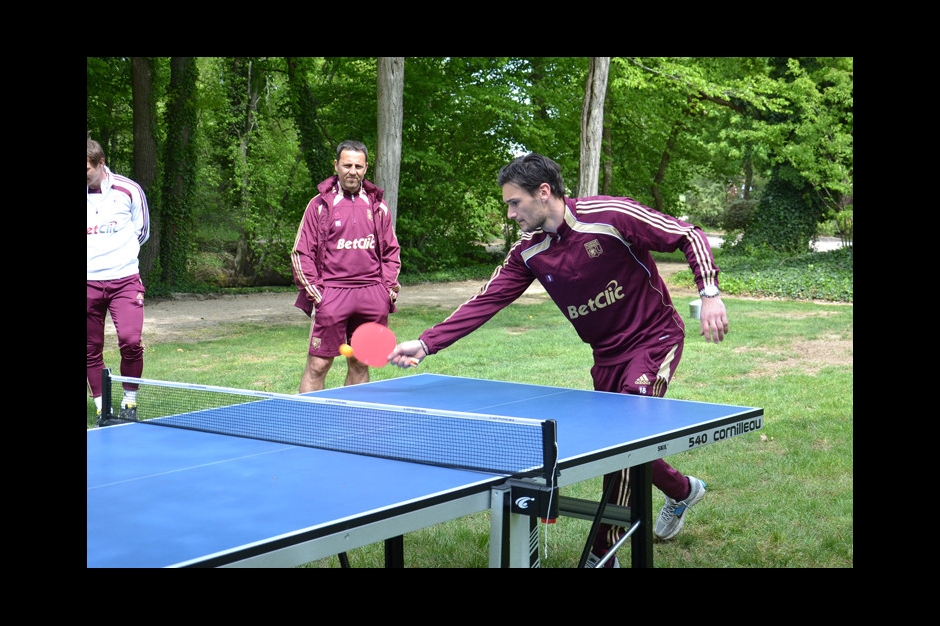 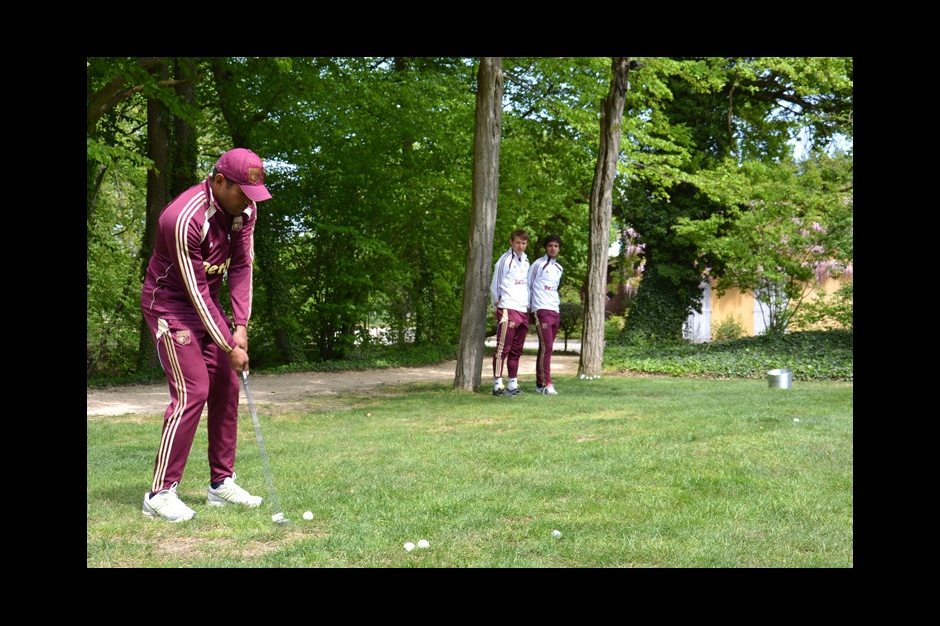 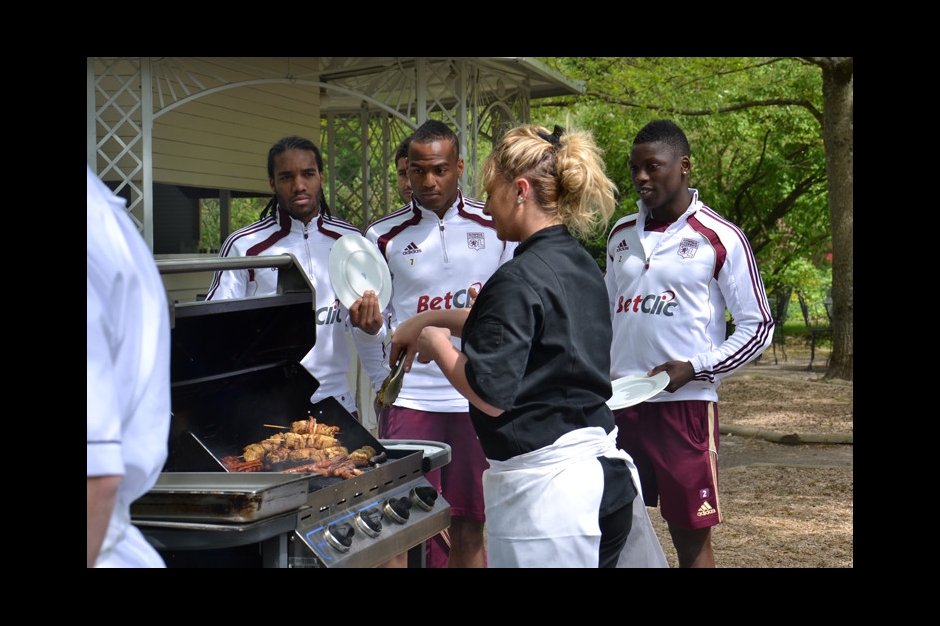 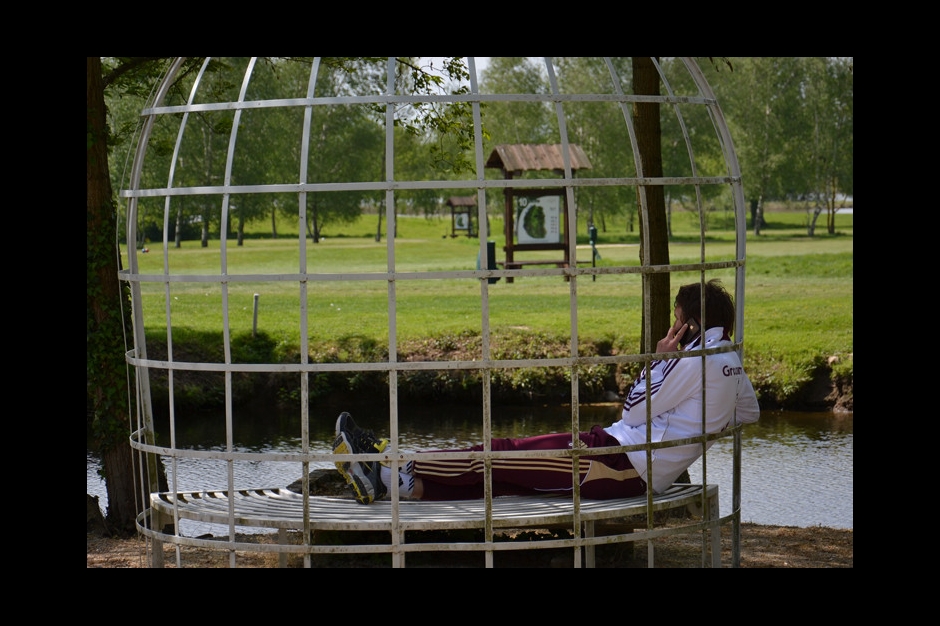 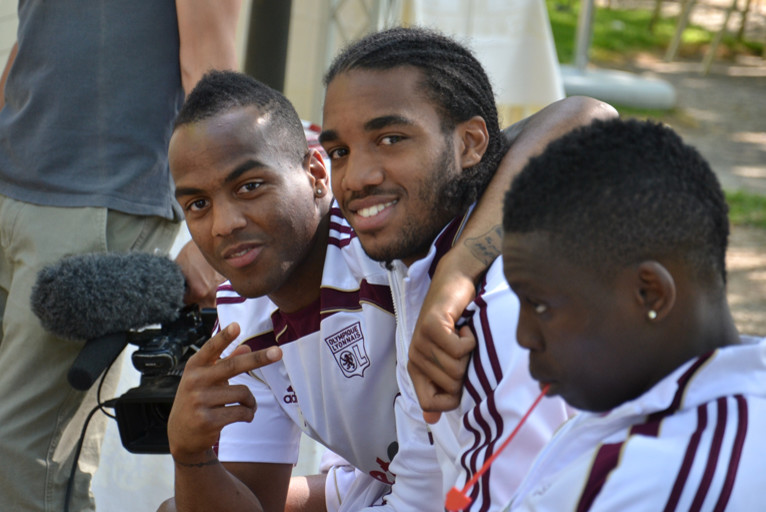 The Olympians were at the Gouverneur golf course in the suburbs of Lyon this Thursday, in order to engage in various activities.

After two days of rest, the OL players and staff left to relax all day at the Gouverneur golf course in the Ain. First activity of the day: bike, except for Yoann Gourcuff, Alexandre Lacazette, Ederson and Pape Diakhaté who did not participate and preferred to go for a jog. The cyclists started at 10h40 and traveled 20 km, in a little less than fifty-five minutes for what the first arrivals who were Clément Grenier, Max Gonalons, Timothy Kolodziejczak and Claude Puel. They followed the small country roads surrounding the Gouverneur golf course where the wind blew in gusts. Mosquitoes were also making their presence felt and annoyed these cyclists of the day. According to the organizer, everyone rode well but it was indeed the young Clément Grenier, who crossed the finish line first. A result which made the coach say: "It was decided by who was the more deceitful! The youngsters stayed in the "slipstream" the whole race, and in last two hundred meters, they accelerated! But it's good: if they are smart here it means they will also be on the field!"
At 12h30, time for lunch, a barbecue in the sun, the ideal place to recharge the batteries! And it goes without saying that the OL group enjoyed themselves, in view of the good atmosphere that prevailed around the tables.

In the afternoon, several activities were in the program. The Swede Kim Källström was the only one brave enough to face the greens of the Gouverneur course. However, others have had a go at the little white balls: Cris and Ederson. The "policeman", who had brought his own golf clubs, taught his fellow Brazilian the technique, "Eder" who apparently had never touched a club in his life! And for a first, both say that the end result was more than conclusive.

Other small white balls were then introduced: ping-pong balls, which were perfectly mastered by "Kolo" and Clément Grenier, to the chagrin of Rémy Vercoutre ... Bafé Gomis, Pape Diakhaté and Jimmy Briand also tried it out, and tried the trick to beat the best: often without success!

Always small balls, yellow this time: Yoann Gourcuff and Hugo Lloris confronted the pair Dejan Lovren - Miralem Pjanic for a double of tennis. Final score: 6-3 / 7-5 for the pair Gourcuff / Lloris, who left no chance to their opponents. The rocket service of Yoann Gourcuff was particularly devastating, even if we could however see some balls go over the fence of the court ...

Finally, two other activities, quieter, were also scheduled. Pétanque, for a confrontation between Jérémy Toulalan - Guy Genet and Claude Puel – Christophe Toni. At 6-0 for the pair-Toul'-Genet, the midfielder did not wait to mock his opponents asking if they wanted to "change pitch?" 13-6: final score in favor of Toulalan-Genet, more than superior to their opponents!

Then Max Gonalons, Jérémy Pied, Lisandro and Chelito Delgado and have engaged in some fishing, without great success, even if Max Gonalons managed to get a few small fish out of the water.

In summary, a great day for the Lyon players, in glorious sunshine which we will have to do without tomorrow, because indoor football is on the schedule.