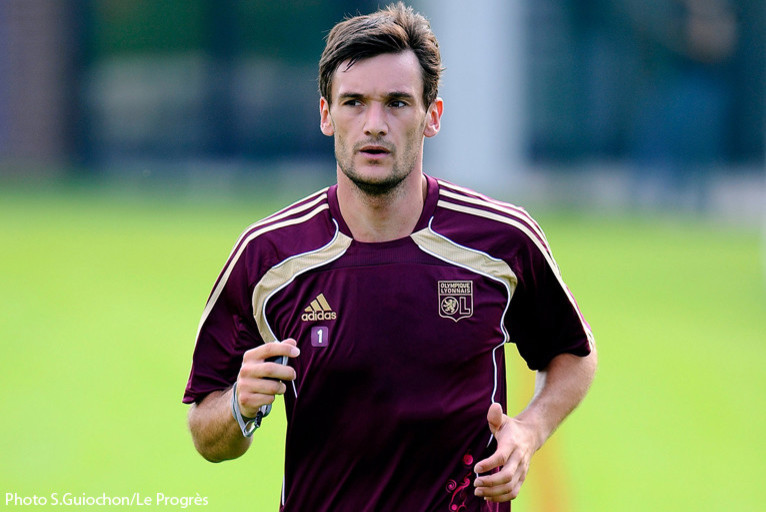 OL's international keeper spoke to the gathered press after the day's training session...He is notably expecting a big match in two days time, at the Parc des Princes...

The victory against Lens, last Sunday, has lifted the morale of troops in Lyon after the draw obtained under the conditions that we know all about in Nice, two weeks ago. "Every game we play is different, and the impact on the rankings too. We were fortunate that the other results went our way last weekend, it has revived our chances of reaching the podium, which is the minimum objective" analyses Hugo Lloris.

An objective which Claude Puel's men could approach in case of a good result on Sunday in Paris. But the France keeper knows it will not be easy: "We are expecting a big game. It is one of the big matches of the championship. There is a great deal at stake, and it's always nice to play at the Parc. It's exciting, everything is there for it to be a big game. We know it will be difficult to get three points, Paris have a very good team, but it is very important to stay on the podium and to maintain the gap with our competitors."

OL have the opportunity of achieving something big this weekend, by winning at the fifth placed side in the Ligue 1. And the last bastion of the current third placed team has his own ideas on how to get there: "Above all, we'll have to be solid, very solid. We are up against a team that likes to play, who are very good in their opponents box. Nêné, Giuly, Erding can all make a difference. It will be up to us to resist against them, and concede as few opportunities as possible. A player like Nêné, even though he has not scored for several games, will inevitably have an impact on an encounter like this. It will be our job not to let them express themselves."

Nêné, like all the Parisians, who had posed some problems to Lyon in the first leg and in the last 16 of the Coupe de la Ligue this season. Can the good performances of the players from the capital against Lyon have an effect on Sunday's game, according to him? "No, that is history now. And we do not think about it. We worked well all week to be ready for Sunday. The first leg is in the past, and we are looking forward."

And, just in front of him lies the central defense, which changes regularly at the moment. The pairing Toulalan-Lovren had relegated Cris to the bench against Lens: "This is a post that Jeremy Toulalan is familiar with, he has already played there. Afterwards, it is the choice of the coach, we adapt, we have nothing to say. Cris is an important part of our group, he is our captain. But we all serve the collective, and we respect the choices made."

Choices renewed thereafter? This is not what interests Hugo Lloris, who prefers to focus on forthcoming challenges and the end of the championship: "We are aware of our mistakes. We questioned ourselves after Nice. Now we must move forward. We can make no more mistakes. We know the schedule, we will be away from home five times in the last eight games. But we have no more leeway to drop points. Everyone must be at 200%. And in addition to having full weeks to work well and prepare the matches, we have a group that has quality and potential..."

This is all for the immediate future of OL according to Hugo. Regarding the more distant future , what does he think of the rumors that send him to Italy at the end of the season? "You hear all kind of things right now. But that's normal, it is the period of rumors with the transfer window approaching. Personally, I feel good here. I had a fruitful discussion with the President, and we will have the time to take stock once the season ends."

The season which continues on Sunday, at the Parc des Princes against PSG.