To stay in the race 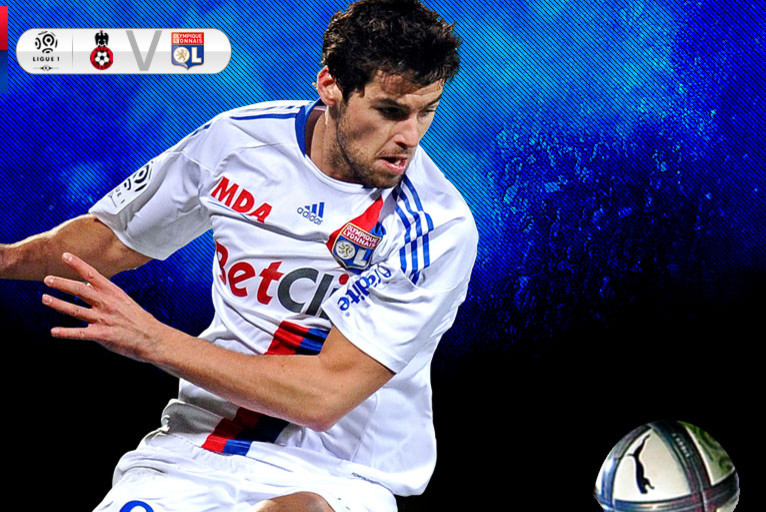 Nice may need points to get away from the relegation zone, but OL no longer have any other choice in this final stretch of the championship...An important encounter is awaiting Lyon at the Stade du Ray where they were eliminated from the Coupe de France in January…

This time it is really the final stretch; a home straight with 10 matches. Nothing has been decided yet for the title, the podium or relegation, apart from Arles-Avignon. Things have to restart after the final international break of the season. On the evening of Week 28, Lyon obviously were hungover after the draw at home to Rennes and the victories for Lille and OM. The situation is complicated but far from being desperate even as far as the title is concerned. Everything is now clear, there are no more jokers to use up. It is up to the Olympians to get off on the right foot as of Sunday away to Nice where they have lost their last two encounters including the Coupe de France match in January. A non-match for everybody present.

Nice went into the international break with a smile after their draw away to Toulouse. This point is very important in the fight against relegation. With 35 points, Ospina and his teammates need to make another effort to get definitively away from the relegation zone. The best thing would be to do so as soon as possible. Up until now Nice have had a tough time scoring goals. With 19 goals, they are just ahead of Arles-Avignon who possess the weakest attack in the L1 (16 goals)! Happily for them they have a solid defence.

Obviously the former OL players Mounier and Clerc will be motivated against their old club. “Moune”, implicated in 13 of the 19 goals, can still be decisive and not just from set pieces. Will Nice be looking to counter attack by putting a lot of physical impact into their duels, closing down? It is something to be considered.

OL do not have any choice. They must take all three points. It is a good bet that they will have to produce the play as well. Deprived of Delgado, Bastos, Toulalan, Claude Puel has a number of solutions. After the international matchesof some of his players, will he be tempted to rest some of them? For example there are three players vying for two spots in the centre of defence with the return of Cris. Who of Lovren and Diakhaté will play. In the midfield, it seems evident that Maxime Gonalons, who has not started since the match at Marseille, will replace the suspended Toulalan.

Afterwards everything depends on the formation, either a 4-2-3-1 or a 4-3-3, which will determine the more attacking positions which will be occupied by Gomis and Lisandro. This encounter at the Stade du Ray could also see the return of Ederson. It would be great for the Brazilian who has been absent since the start of August.

OL must first of all focus on themselves in the start of this long final sprint. There has been good humour, quality and serious work done all throughout the week. The final non public training session on Saturday morning, leaves us hope that OL will respond present at the Stade du Ray. After the session Lyon celebrated the birthdays of Pjanic and president Jean-Michel Aulas… while waiting to celebrate, we hope, a victory on Sunday.