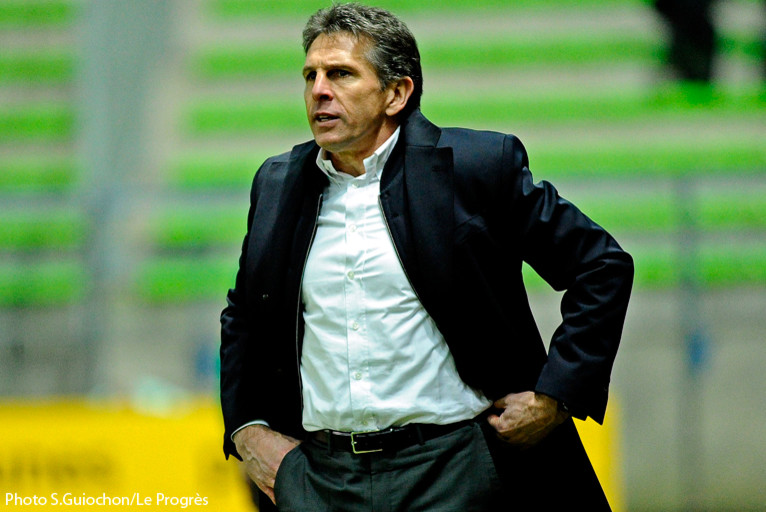 Training was à la carte for the group this Friday morning. Gourcuff, Cris, Réveillère and Gomis did not step out onto the pitches at Tola Vologe however. Delgado was given an individual work out by Nicolas Quinault. Pied, Källström, Lovren started off by themselves with Alexandre Dellal. The other players split up after the warm-up between foot-tennis and a séance in front of goal… A session of volleys, which was won by Jérémy Toulalan. After the foot-tennis Hugo Lloris went off to work with Joël Bats.

It was then time for the press conferences, notably that of Claude Puel. There was a lot of focus on the injury situation within the squad. “Delgado is continuing his return to fitness. I hope that he will be able to train with the squad next week. Everything is going well for Michel Bastos in Brazil… All the other players are fit.”

How did you find the squad following the international break?

“Good. Those who remained in Lon worked hard with a lot of quality and good humour. That has been confirmed since the return of the internationals. All of this has brought us a breath of fresh air, all that remains is that we confirm this in our matches. The break allowed us to do specific work, we also played an opposition against the CFA. It was a good week. On Thursday we did some tactical work; also using different forms of games to do so”.

What are the objectives for the coming weeks?

“ To win the last 10 matches jut like the other contenders. But I’m not trying to calculate the number of wins necessary to take the title. I’d like us to be within touching distance with 5 matches to go (1 or 2 points from the leader). Can OL’s experience help us out? Yes it can count. But, what we can do other teams can do as well. Let’s not forget, OL obtained titles when having to work hard at the end of the championship. The fact that 6 of the last 10 matches are away does not change anything. In any case, home or away, it is up to OL to impose their game against opponents who want to hit us on the counter attack”.

What did you retain from the elimination against Nice in the Coupe de France?

“We weren’t in the match, after a great performance against Lorient. Nice played well and deserved their victory. We didn’t do our job. We carried that on into the match against Valenciennes. I don’t think we’ll see that kind of misadventure again. We know that Nice are always difficult to play against. They will lift their game and their aggressivity against us. Last season’s 4-1 defeat? It was not in the same conditions. We had just played Liverpool, where we had left a lot of energy. It is up to us to be ready, independent of the conditions. And quite frankly I’m not interested in who the other contenders are playing against. I’m concentrating on my team”.

How is Yoann Gourcuff?

“He came back just fine. What am I expecting from him for this end to the season? I don’t make any distinctions between the players. Give your best, show your desire… There is no individual treatment…”

Does Gonalons have a chance of starting the match?

“I know it has not been easy for him, nor the other youngsters in the group. They played at the start of the campaign, then a little less so with the return of the more experienced players. But I’m satisfied with their behaviour. They have progressed a great deal. I hope that we will be able to count on them a lot more next season. They are the future of OL”.

What can Ederson bring to the team?

“He can bring his desire, freshness. I am counting on him, as I will be on the return of Michel Bastos.”

What did you think of Lovren’s performance against France?

“There was a bit of everything in his match. He was tired. I feel that he has stepped up a level since the start of the season. He had a little poorer period and was less attentive. He is a young player, but nobody can deny he has improved”.

How do you take the rumours concerning your future at OL?

“I don’t think it bothers the squad. I’m preparing for the end of the season and for next season… I am concentrated on my job in which there is the preparation for next season... the direction to give to the youngsters for whom this PRO2 group is a real chance, a stepping stone to the pro squad…  Afterwards rumours… well it’s part of the job. (Laughing) You could have announced my contract extension, it is April 1st … before denying it… The most important, is to stay coherent, to stay on the right track. Pressure? It’s what keeps me going”.