Champions away to Montpellier? 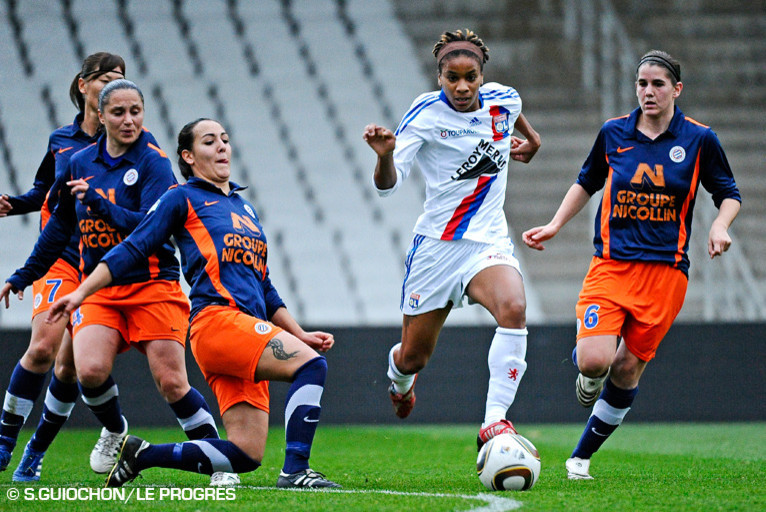 OL's female players can win the title away to Montpellier (15h00), with four matches remaining to be played in the league.

For several seasons now, OL’s women have been involved in all competitions. Quadruple champions of France, winner of the Challenge for the last time in 2008, finalists in the Champions League, Lyon are still aiming for a historic treble this season. With 17 victories in 17 games in the D1, and a 9 point lead over the current second placed side Montpellier, the championship is almost already over. If successful this afternoon away to their direct opponent at Sussargues, OL can even be crowned champions for the fifth consecutive year.

However, it is never easy to go and win away to Montpellier, and the synthetic pitch at the Stade Jules Rimet rekindles bad memories. Two seasons ago, Lyon lost in the semi-finals of the Challenge from France, during a penalty shootout. This season, Sarah M’Barek’s players made life very difficult for OL at the Stade de Gerland in the first leg. It was not until the second half and a headed goal from Lotta Schelin that OL was able to make the difference (1-0).

If OL’s women were to be champions this season, it would suit their coach Patrice Lair to finish the job off as early as this afternoon, against his former club. Because the schedule has thrown up a perilous journey to Juvisy next weekend in the semi-finals of the Challenge de France, then the reception of Arsenal in the semi-final first leg of the Champions League. Squad management, in view of these challenges, is also in the thoughts of the staff, when approaching this game against Montpellier.