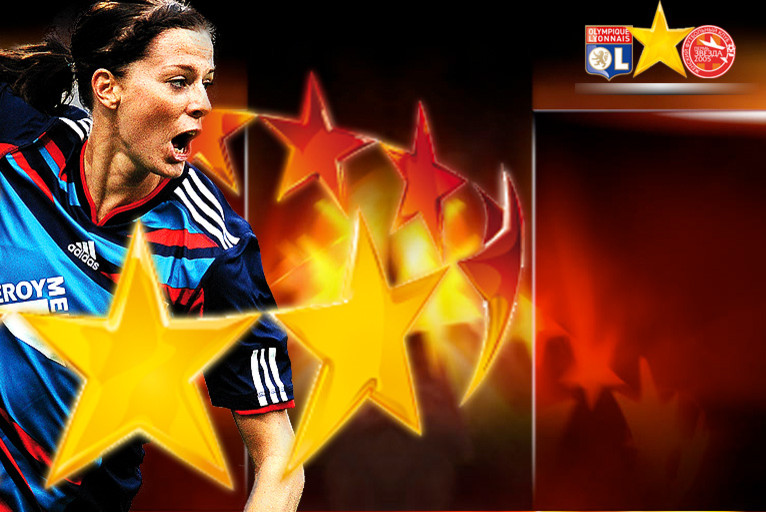 OL Women are at home to Zvezda-2005 Perm (19h00), in the Champions League quarter-final return leg. After the 0-0 draw in the first leg, goals will have to be scored in order to qualify.

Tonight at the Stade de Gerland, OL’s female side will attempt to reach the semi-finals of the European Cup for the fourth consecutive year. A true performance which would be consistent with their status and the resources put in place over recent seasons. The final lost on penalties last season to the German side of Turbine Potsdam (0-0, 7-6 after penalties), opened the appetite of the Lyon squad, who are now looking for a final victory. The Champions League is the main objective of the club, nobody is hiding from that: "It is what is most important to us, it is the most prestigious club competition. We'll give everything to beat the Zvezda", stated the Swedish striker Lotta Schelin (pictured).

Lyon know how to score goals, this weekend, the four times champions of France moved closer to a fifth consecutive title with a 10-0 thrashing of La Roche. As always, Patrice Lair’s players will be attacking against Zvezda: "There can be no question of playing with the handbrake on. We will head for goal from the beginning of the encounter, hoping to break them quickly," promises the Lyon coach.

In case of qualification, OL would be faced with the winners of the match between the Swedes of Linköpings or the English of Arsenal. The first Leg would take place on the 9th or 10th of April, the second leg on the 16th or 17th.