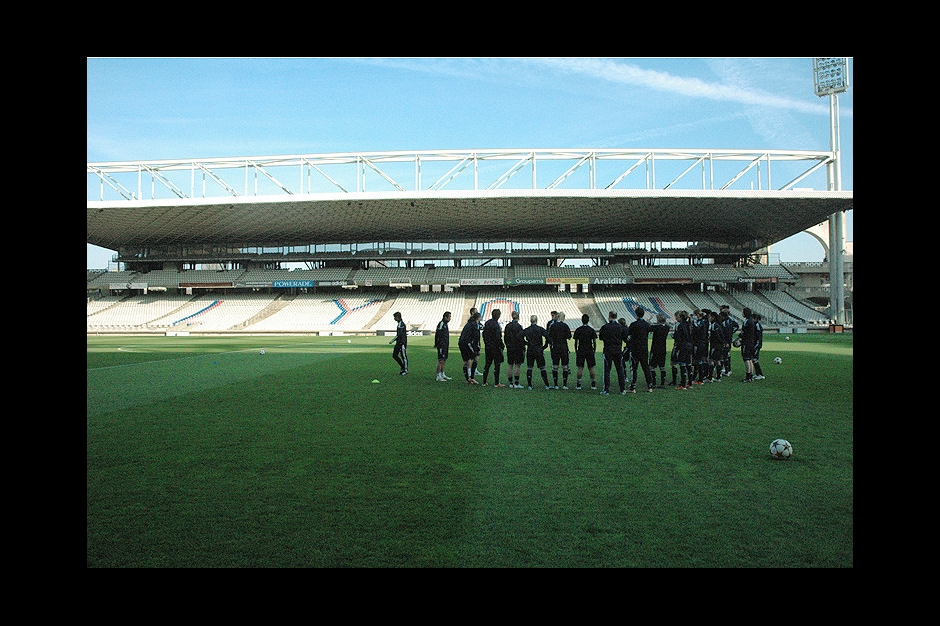 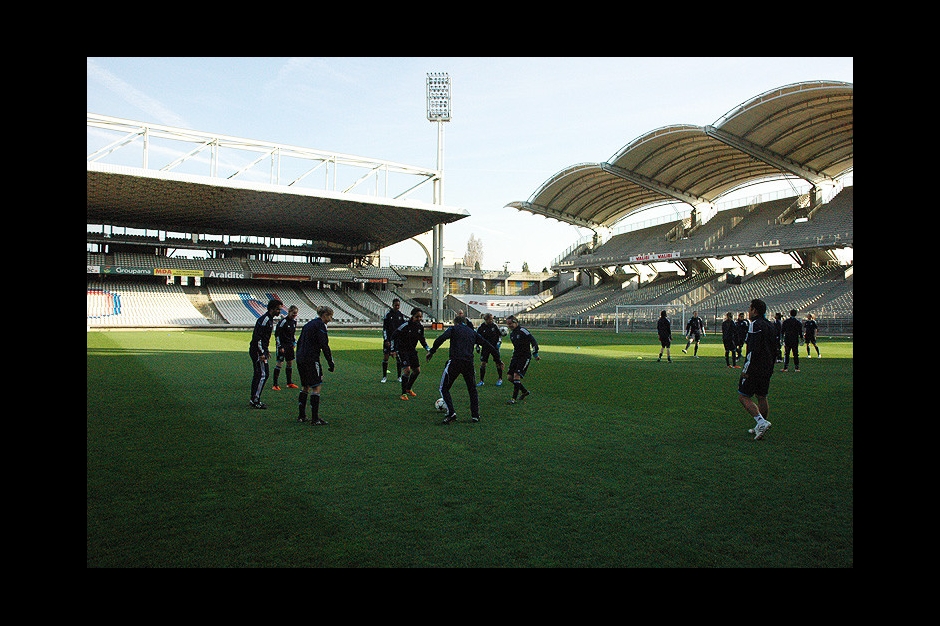 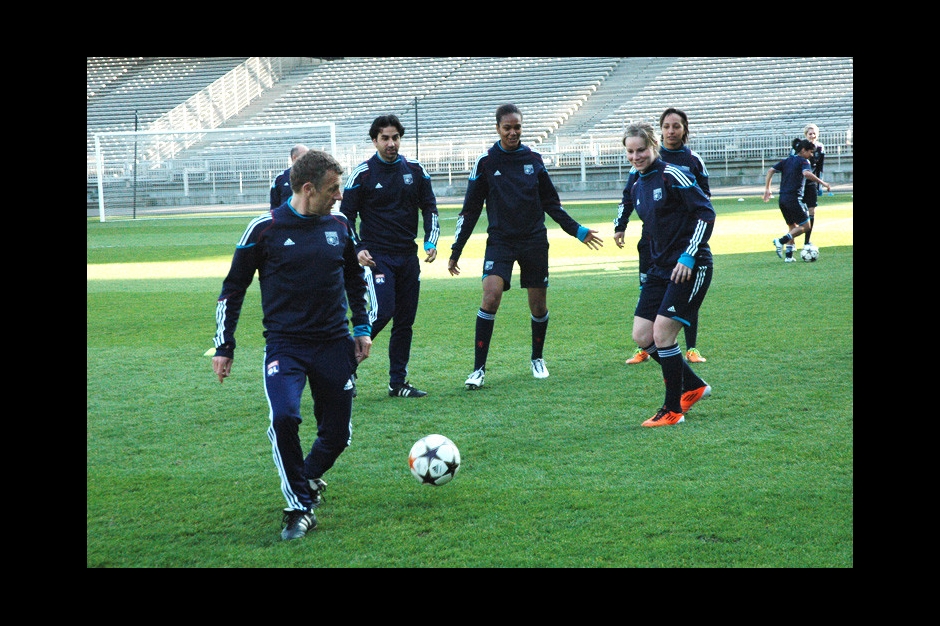 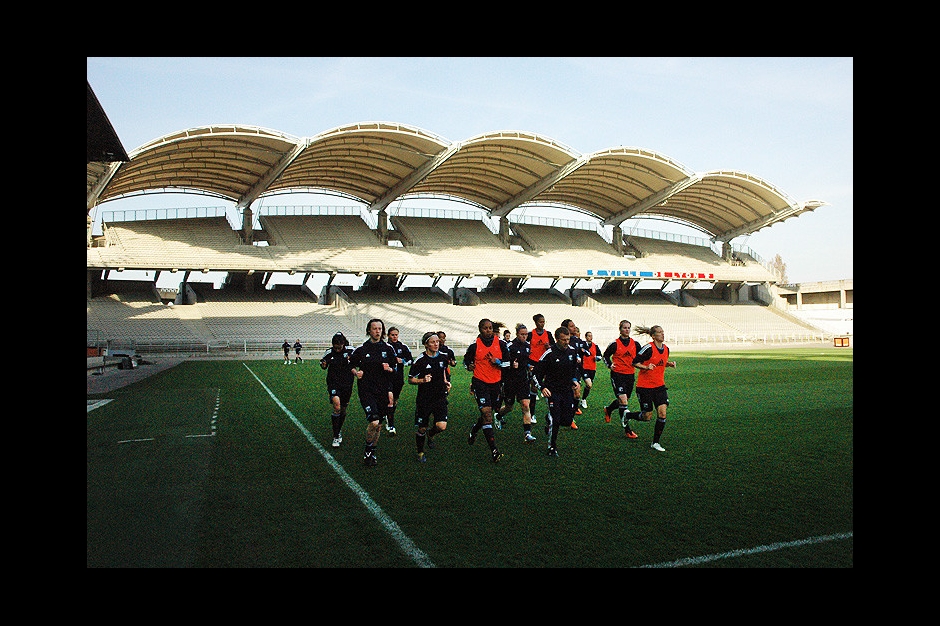 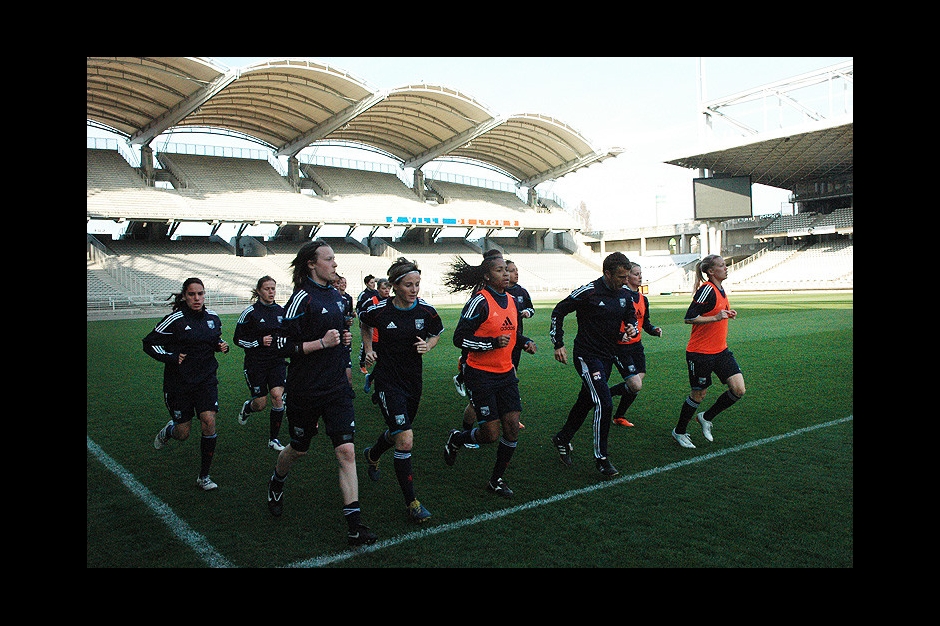 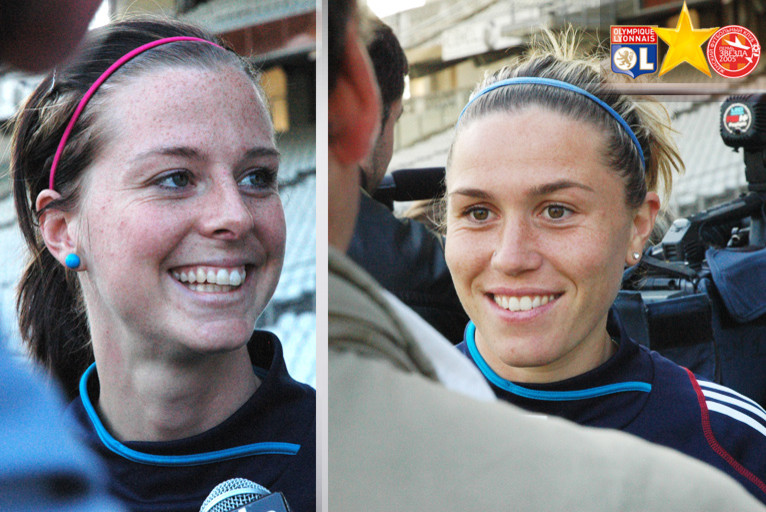 On the eve of the Champions League quarter final second leg agaainst the Russians of Zvezda, Camille Abily and Lotta Schelin spoke to the gathered press.

Having gotten together last night, the OL group trained at the Stade de Gerland at 17h00. After the traditional warm-up based on jogging, footing and passes under the commands of Antonin Da Fonsceca the fitness coach, the OL players worked on their long game. Coach Patrice Lair insisted on the quality of their cross field passing, which will be important to stretch the solid block of Zvezda. The Lyon players then played a match on a reduced pitch with great intensity.

Just before training, Camille Abily and Lotta Schelin had spoken to a dozen journalists. After the 0-0 draw achieved last week in Russia, the two OL players seemed confident. Having arrived in Lyon on Monday night, the players of the Zvezda-2005 Perm will train at 19h00 at the Stade de Gerland, and tomorrow morning at the Plaine des Jeux.


Camille Abily :
"We are going into this game with confidence but also with caution. I think we have a better team than Zvezda, but it was not enough for there to be a winner in the first leg. It's going to be a test. We'll see if we can respond present and be strong in a high pressure match."

Lotta Schelin :
"We were unlucky in Russia. We will have to try and play with pace, with one or two touches. Playing at the Stade de Gerland will give us the advantage. Since my arrival, I have never lost there, and that can't happen tomorrow. Here, we feel at home, it’s a great pitch, there are a lot of elements that make us play well."