In he right rhythm 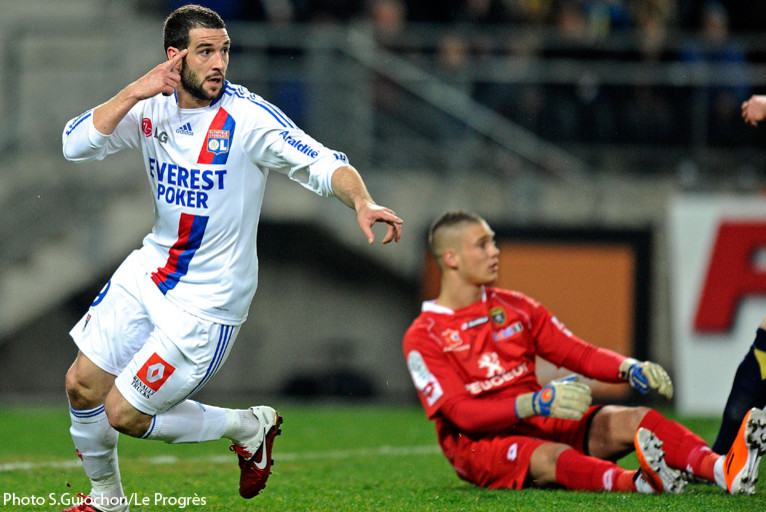 OL managed to win away to Sochaux (2-0). Lyon are solidly attached to the podium and have perfectly prepared for their trip to Madrid.

Four days before facing Real Madrid, OL traveled to Sochaux for the Week 27 match in the Ligue 1.

The Olympians started off well and played very high. Lisandro created himself a wonderful opportunity after a pass from Bastos but his shot from inside the foot spun a few millimeters wide of Cros’s post (7’). The Argentinean missed the target again just a few minutes later following a cross from the right (13’). Lyon’s offensives were sharp and it was a miracle that Sochaux had not fallen behind in the score after twenty minutes of play. Sochaux came up with a timid reaction through Sauget who fired just wide. Claude Puel's players opened the scoring following a perfectly conducted action and concluded with a superb pass from Gomis to Licha, who shot past the Sochaux keeper (22’). Francis Gillot's players showed at times that they could create dangerous situations but they lacked the finish. Mr. Cailleux brought the half to an end with this logical advantage for OL.

The second period began just like the first. From a counter attack Bafé Gomis unleashed a powerful shot that Cros somehow managed to push out for a corner (50’). Just afterwards, Maiga came very close to picking up a second booking synonymous with a sending off. This action copiously angered the OL bench and revived Sochaux. From a long range free-kick, a looping header from Perquis was saved on the line by Jérémy Toulalan (59’). In the following minutes, Pied came on to replace Lisandro and on his first ball he slipped a pass to Miré Pjanic who scored the second goal with his left foot (66’). In preparation for the game against Real Madrid, Claude Puel replaced Toulalan and Pjanic with Gonalons and Grenier ten minutes from time. Late in the game, Bafé Gomis just failed to put the icing on the cake by pulling his lob over Cros too wide (87’). Lyon registered a very good result away from home and have prepared in the best possible way the trip to Madrid.