No room for error 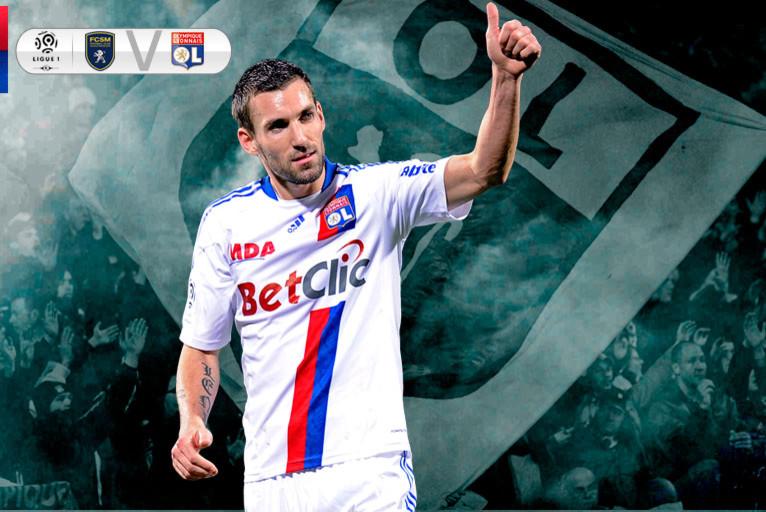 OL are on a great dynamic. They will need to continue it against Sochaux and therefore prepare in the best possible manner their trip to Madrid…

Everyone is, rightly, speaking about the progress Lyon have shown in their play which has resulted, since the defeat to Valenciennes, in 3 victories and 2 draws in the league with 14 goals scored and 2 conceded, a compelling draw against Real Madrid in last 16 first leg in the UEFA Champions League. OL have even pulled back 2 points on Lille during this period, 4 on PSG despite conceding 1 to OM and 4 to Rennes.

OL are in progress ... Lisandro is back ... the atmosphere within the group has a pleasant smell of spring. But there is no time to marvel! "We do not have any jokers left... We have no room for error...." In this long final sprint, they must first look to themselves before looking at the 4 other competitors. Obviously the result against Sochaux will not have quite the same effect depending on the results of Rennes, Marseille, Lille and PSG. So to avoid having to rely on the others, it would be best to manage things all by themselves.

Sochaux come into the game on the back of 2 victories and a draw. They are a team reputed to enjoy playing football but are unfortunately deprived of Ideye, Anin, Bréchet, Butin, Mikari ... They can draw on the experience of Richert, Faty, Perquis, Sauget ... the youth of Boudebouz, Martin, Maiga ... They will have nothing to lose on Saturday night knowing that at home they have already taken 7 points out of 12 possible against the 4 other title contenders. Only OM managed to win at Bonal, while Rennes conceded 5 goals!

OL will play 3 matches in one week before the international break. OL have no room for error in Sochaux, but also in the other two encounters. In the Doubs, they will however be deprived of Cris, Cissokho and Gourcuff. Just 4 days before the return leg against Real and 7 before the visit of Rennes, how will Claude Puel manage his squad in the knowledge that he should recuperate his captain and his midfielder for Wednesday's game, all the while losing Bastos through suspension and almost certainly still being deprived of Cissokho? Will we once again see Lisandro on the left with Gomis in the middle and Källström alongside Toulalan knowing that Pjanic will probably step in for Gourcuff? Will Kolo come in for Cissokho? Will the Lyon coach change his 4-2-3-1 formation?

We will see the Olympian technician's choices, he who wants his team to be regular in their performances, an important parameter in the race for the title. He also knows, as he said in the press conference, that this match at Sochaux can be the best preparation for Wednesday night's game. In general, OL have done quite well this season in the league before playing on the European scene (5 wins, one draw and one loss) ... all the while remembering that the  success against Sochaux earlier in the season preceded the defeat in Lisbon against Benfica... But this was at another period in time. It is up to OL to confirm this Saturday their great dynamic. They are capable of doing so before taking the road to try and pull off a fantastic exploit in Madrid...