A summit match full of ambition 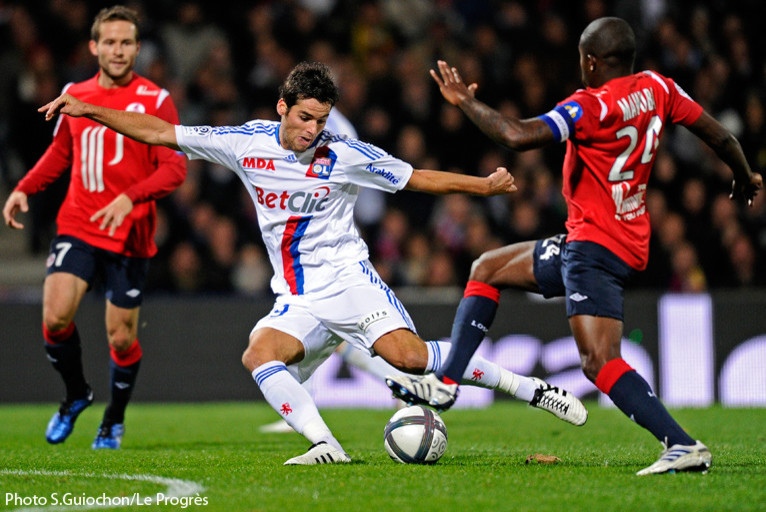 OL travel north 4 points behind the leaders Lille ... there is no need for long speeches to understand the implications of such an encounter...

With 14 matches to go before the end of the championship, Lille and Lyon clash to move a little more away from their opponents, or to remain unchanged or to snatch the points. A summit match which will give a not completely decisive tendency, especially since the matches of the other title contenders Rennes, Marseille, PSG must be taken into account.

The leaders Lille have had a busy schedule of matches between the championship, the Coupe de France and the Europa League. The European adventure just ended on Thursday night in Eindhoven. They will play in the Coupe de France on Wednesday, March 2 against Lorient. As for the championship, after OL this Sunday, they will follow on with a trip to Marseille! Infernal cadences that coach Rudi Garcia manages by sparing his troops to the point of having let slip the Europa League. 2 regular first eleven players started the second leg against PSV, 3 others came during the game after the first two had been brought off. The Ligue 1 and the Coupe de France are their top priorities.

This Lille side remain, however, on the back of a draw and two defeats. A sign of fatigue? We will soon see on Sunday night ... They possess the best attack, the top scorer in the league ... and for many specialists ... the best style of play of the L1. They are homogeneous, a result of the enhanced stability of the squad which was reinforced this summer by the striker Sow. They possess undoubted qualities on an individual and collective level, for example Rami, Gervinho, Hazard ... or their midfield. There is the problem of their pitch that, unfortunately, no longer looks like a carpet.

OL, after having thrashed Saint-Etienne and Nancy, managed a draw against Real Madrid. While the score of 1-1 is not favorable before the return leg in Madrid, it came with a solid group performance, despite having suffered during the second period. Having played on Tuesday night, OL have had time to replenish their energy. And since we know that this group likes big matches, there should be no problems as far as desire is concerned.

Lille have seen the chasing pack close in on them after their defeat at Montpellier. Before the summit at the Stade Vélodrome, they know they need these three points to mark their territory a little more. The Olympians can hardly consider defeat with their ambition of taking the title. That would put Lille 7 points ahead of them, not to gap between them and Marseille, Rennes or Paris. Without being desperate, Lyon’s chances would be slimmer.

There should not be any surprises in the starting compositions. Rudi Garcia's team will certainly put out his first choice side if Debuchy is fit. Claude Puel, deprived of Lisandro and Ederson, should not make changes to the team that started against Real Madrid ... or maybe in small doses. The former Lille coach returns to the north where he has always lost for now with OL ... It's a good time to change that.