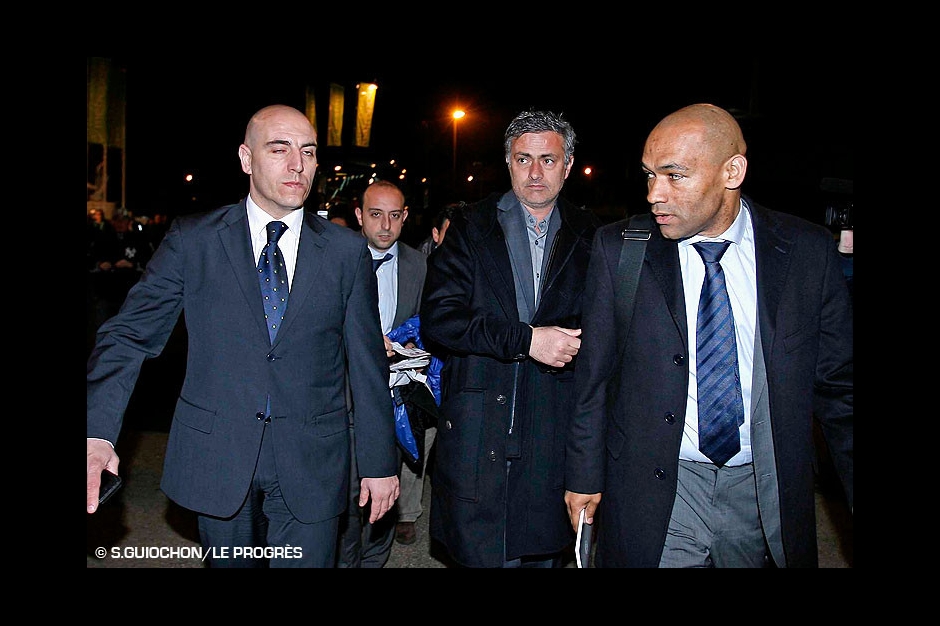 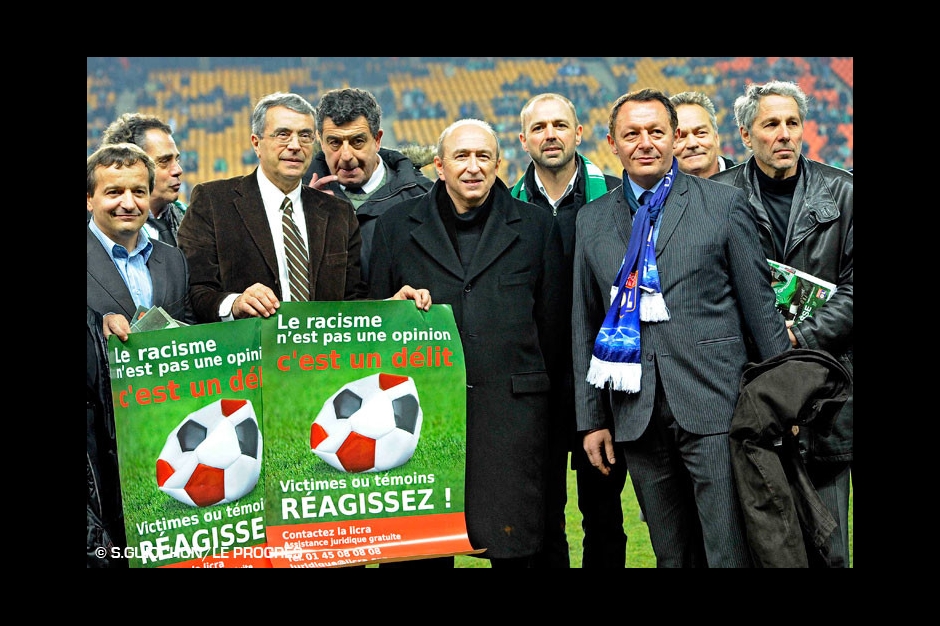 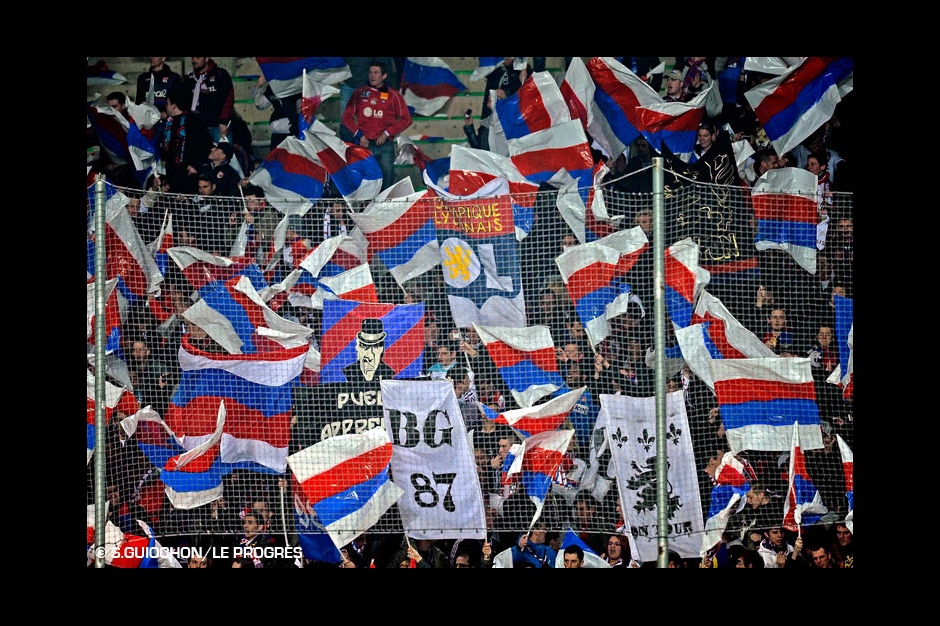 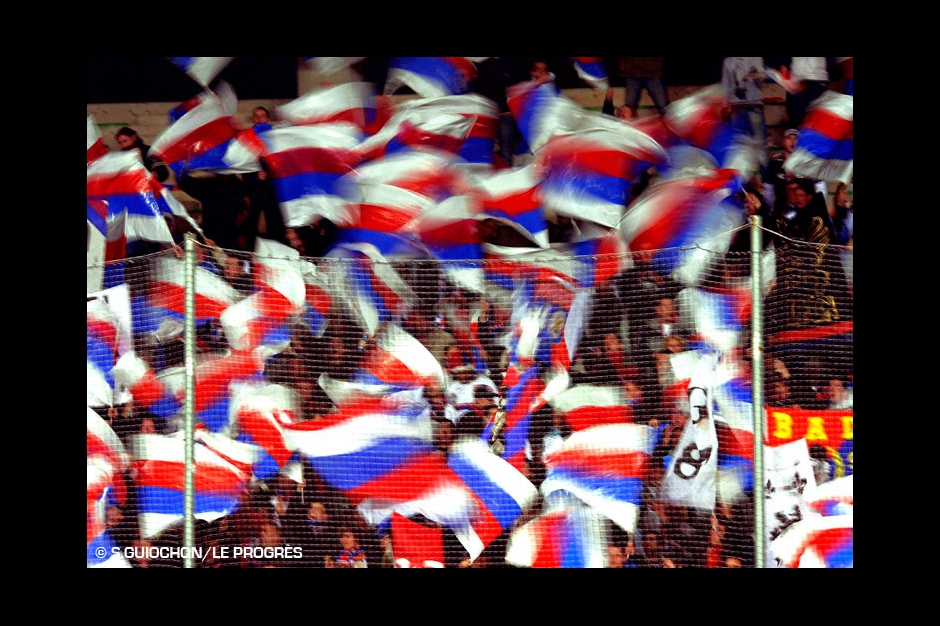 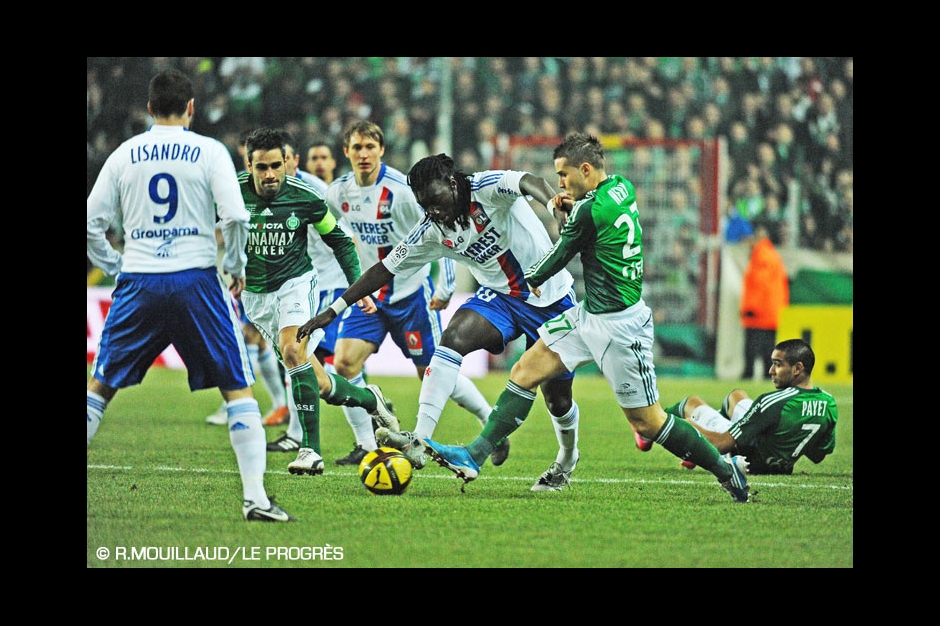 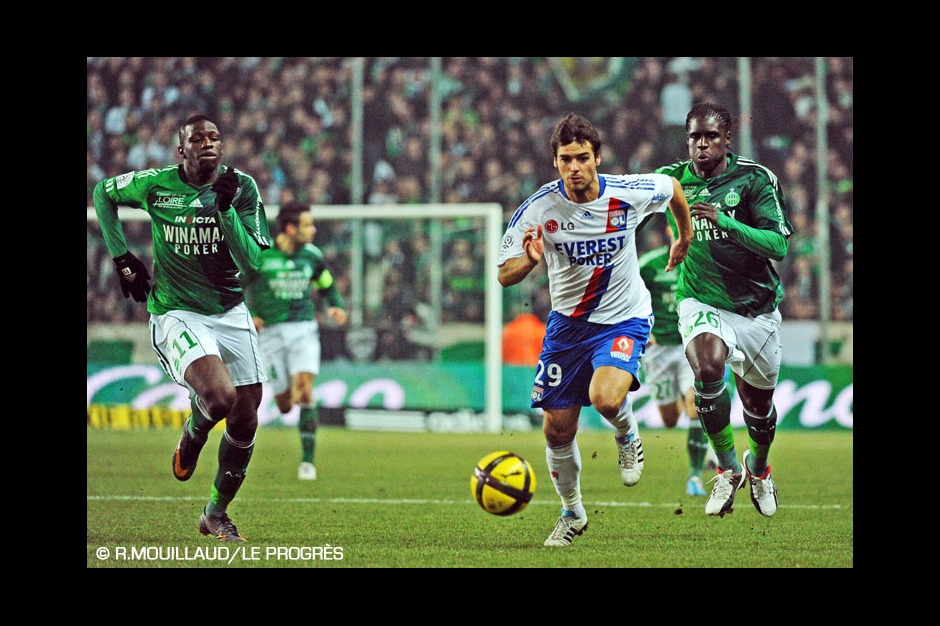 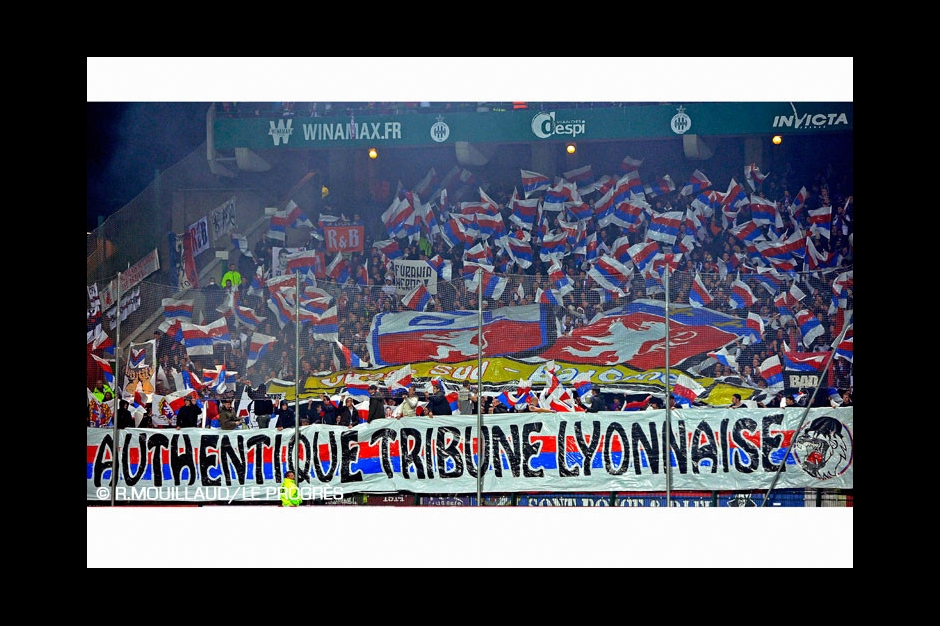 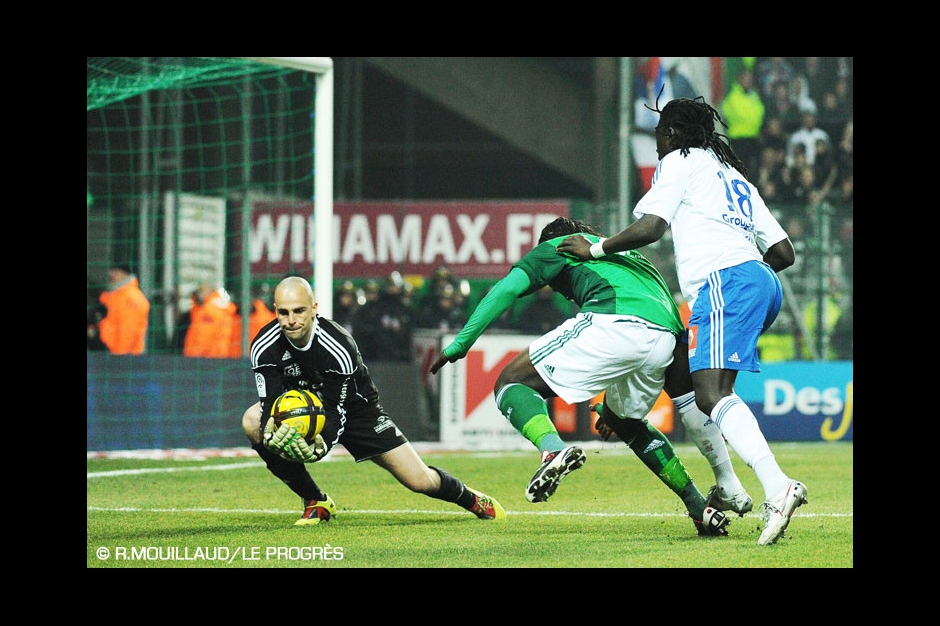 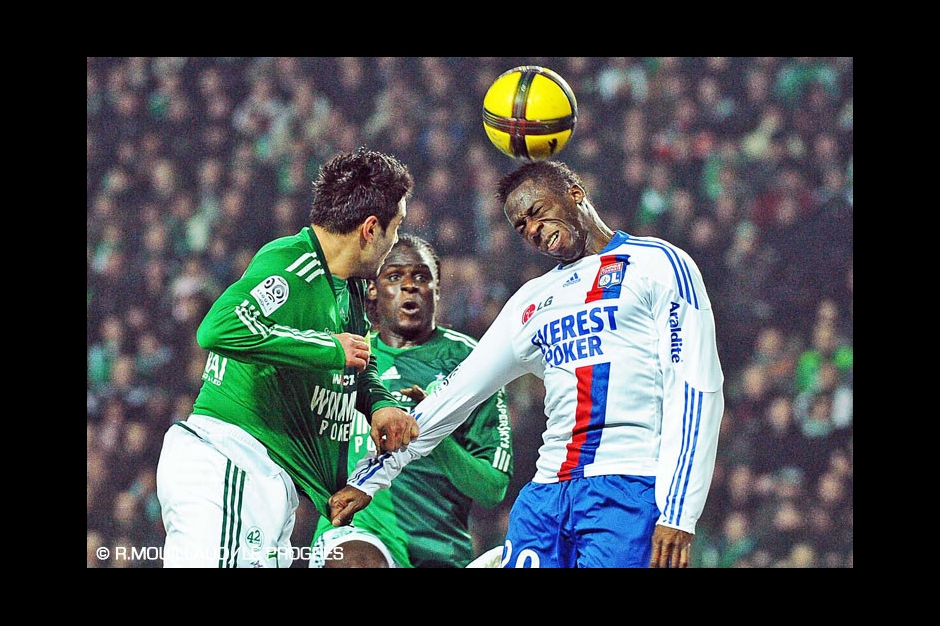 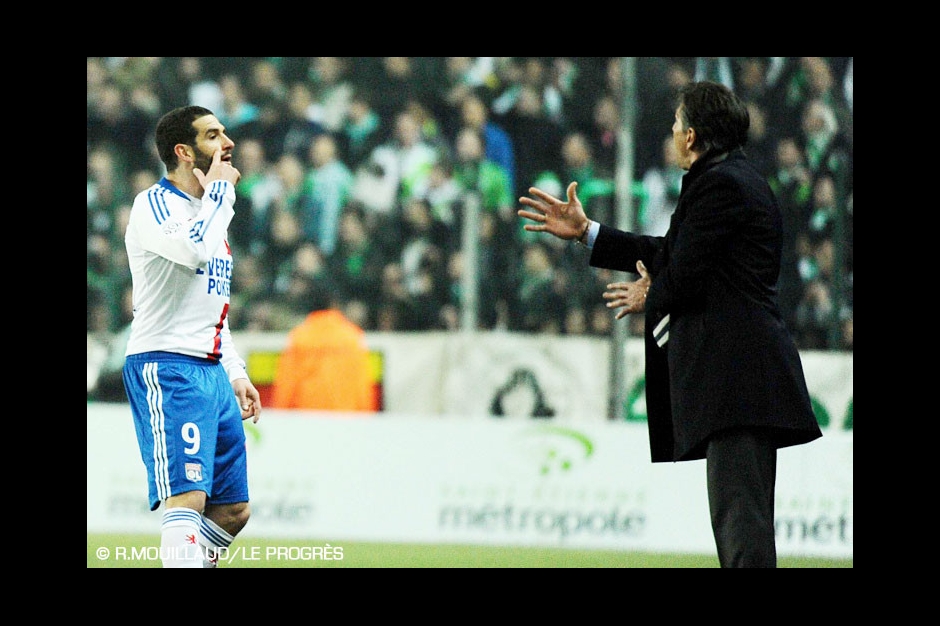 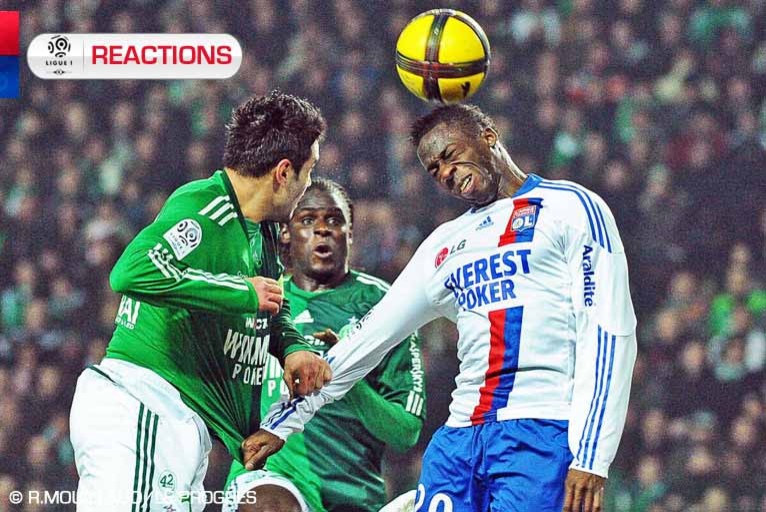 Jean-Michel Aulas
It was a high quality match, it's good to have two teams in the Rhone Alps region who are in the top 5. We have a good team, the players gave their all tonight. They had the necessary physical impact which enabled them to get back into the game tonight. We have been playing for the title since the start of the season and we are sticking at it. This win gives us great pleasure and will do good for the players morale. I try to be pragmatic in our progress, things are looking good but we have to think short term and the match against Nancy.

Pape Diakhaté
Bafé’s goal was very difficult to put away but he managed it! The team delivered a great duel today with a good second half. There was a great atmosphere in the dressing room tonight because there was a great deal of desire. I was a little disappointed not to participate in the match, but with the equalizer and then the difference in the score I was happy. Tonight is a victory against a tough opponent which can restore confidence to the players. It is up to the team to carry the things you need to move forward ... Do not be stingy in the effort and giving advice to each other, we must not let go, have the desire and determination ... We have proven that we were dangerous against Bordeaux it is up to us to invest and work hard, the top of the championship is a great project if we have the right mindset.

I found that Saint-Etienne put in a good first half. They were overconfident in the second half and our good intentions have slowed their game
It is the ideal evening tonight, two of my friends scored. I am pleased with the goal of Jimmy, for him and the team. Now we must prepare the next game, victories bring on victories. We are focusing on recuperation and we train a lot to do so...

Michel Bastos
This victory is really great and rewards the efforts of the group in this match and the one against Bordeaux. We showed fighting spirit today, away from home. We should celebrate this victory in the derby but we still have games and we need rack up a number of very good results to build on this victory. We need to close in on Lille. I enjoyed my goal, I tried to push myself hard in the first half and was rewarded in the second.

Claude Puel
I hope the players will not stop there. Given our results in the first leg we showed more killer instinct tonight. We were able to get back in the match after the start and score goals. Tonight the importance of the derby and the challenge of the championship were good reasons to win. It was something difficult to do but the players had the character to do so. Winning with such a score in Saint Etienne is fine but we must be able to do the same in other games.
I am happy with my players, they put in a lot of effort. This is a victory does us good... Set pieces are returning to the game of the team. This is very positive.

I did not especially keep an eye on the results of other teams, we must focus on ourselves. The match against Bordeaux was interesting, tonight’s game even more so. If we want to be ambitious and consistent we must remain vigilant in every game and be present in every game.

Bernard Lacombe
I had been thinking about an OL victory for a number of days. You could feel the desire within the team. The boys gave everything tonight. In the first leg we lost then we made adjustments tonight because we have been highly effective. This will give us confidence. W will be solid until the end because we have the physical and mental qualities. The season became complicated when we lost against them at Gerland, then we put in a great series of matches. Tonight there were moments of absence but overall the performance tonight was good because there was more desire.

Anthony Reveillère
We go down in history tonight. We came with great ambition and recovered what was lost in the first leg in style. We made many efforts which paid off tonight. We knew this match would not be easy, the victory can be a turning point for the end of the season. It was a game under pressure, we felt that the players were focused. We put in the efforts together. The players gave the best of themselves, now we must win at home against Nancy.

Bafé Gomis
We came up against a team full of confidence. They scored before us at the start but we managed to reply from two free-kicks. At the near post there was a little mix-up and I took the opportunity to resume my position as an attacker. This goal put the team back on the right track, we put in a solid match. We were effective, scoring four goals.

Yoann Gourcuff
I am satisfied with the result. We really wanted to win and stay close to the top teams. I'm happy for the fans tonight, we are well placed in the table. This derby is a satisfaction and a victory that counts a little more for others. We are happy for Jimmy Briand and Chelito Delgado. I hope we will continue winning matches. We were more balanced tonight with the tactical change. To improve this victory we must not drop points against Nancy. I give my best in training and games in order to serve the team.