An evening to remember! 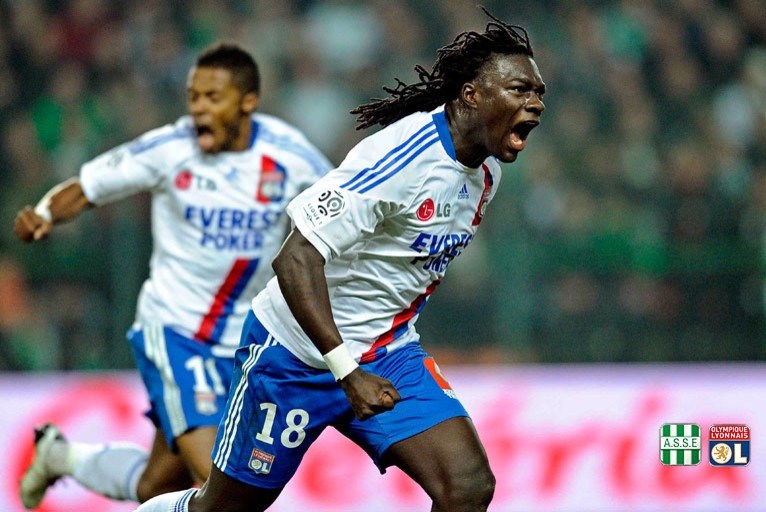 After falling behind at the start of the match, Lyon managed to pull back and go on to win with style (1-4).

The atmosphere is at its height inside Geoffroy-Guichard. Both teams step out onto the pitch in an incredible atmosphere in front of José Mourinho who was present to supervise Lyon.

The start of the encounter was lively. Found in the penalty area, Rivière created a half chance for himself but the return of Cris was impeccable (2’). The same Rivière enjoyed a favorable rebound before aiming in a cross for the head of Perrin but Hugo Lloris managed to save (8’). OL were timid at this beginning to the game. ASSE opened the scoring through Bocanegra who catapulted a free kick from Payet into the net (13’). Cris and his teammates had taken a blow and were unable to approach the goal of Janot. Alone in the surface, Marchal just missed the target with a header. OL managed to equalize despite everything after a corner kick poorly defended and picked up on by Bafé Gomis (28’). This goal calmed only slightly Saint-Etienne’s enthusiasm as just few minutes later Rivière made Hugo Lloris shine on a shot from twenty yards. From another corner played in by Yoann Gourcuff, Cris placed a header at the near post which Bayal sent into his own goal (40’). OL had managed to turn the situation around and cool the cauldron. Bafé Gomis even created a final chance before the break but Janot pulled off a magnificent left foot save (45’). Mr. Jaffredo brought the first half to an end with a quite fortunate advantage to Lyon as Saint-Etienne had dominated.

Claude Puel's players were playing with fire a little early in the second period. Sakho from a long-range shot and then header from the penalty spot by Rivière suggested that the “Greens” were still in the game. Bastos gave them a hard time with a shot from the edge of the box but the Saint-Etienne goalkeeper answered it (59’). Bafé Gomis then came off for Chelito Delgado (64’). OL drove another nail home following a clearance from Lloris which was poorly negotiated by Bayal. Bastos took the opportunity to slip past Bocanegra and crucify Janot (69’). Mass was over! Galtier’s players had a huge opportunity through Battles but his close range volley was brilliantly pushed away by the left hand of Hugo Lloris. Unlike the first leg, good fortune was on the side of OL. Late in the game the last two entrants struck a final nail into the coffin. Delgado fired in a low cross which Briand slotted home (90’). The referee whistled the end of the match and Lyon could celebrate their joy with their fans.