A question of honour and points 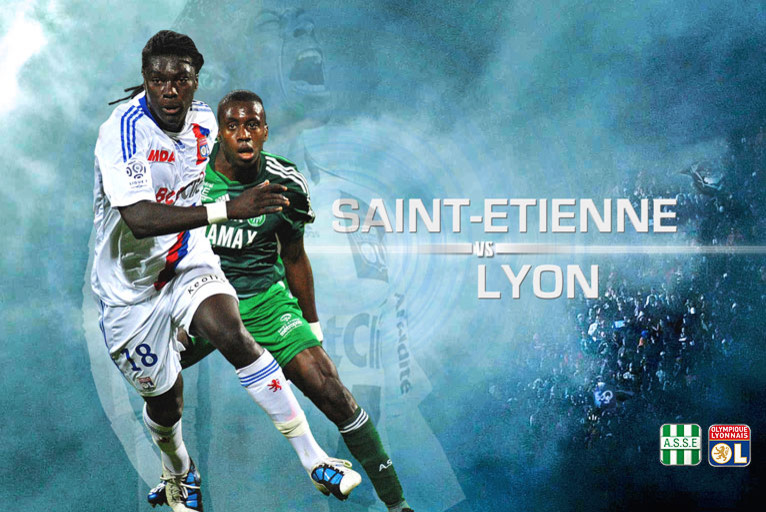 Neither Saint-Etienne nor OL have forgotten the scenario of the match at Gerland and its consequences..Whether it be to stamp a little more supremacy on the season, for revenge or to comfort a position in the L1...this 101st derby leaves nobody indifferent...

How can we forget what happened in late September between Saint-Etienne and Lyon? Impossible, for several reasons that nobody has forgotten. Since then both teams have, for long periods of time, had different trajectories so much so that OL went ahead of their neighbours who had not won anymore matches in the L1, in other words 9, after that famous success at Gerland. Saint-Etienne have stopped their fall, the Olympians have slowed the pace of their recovery. So, both teams have an identical record, with one goal difference, which puts Galtier’s men in 5th place and Puel’s in 6th.

So obviously, this one hundred and first derby is worth much more than regional supremacy during the season, the logical spirit of revenge that is in the minds of the Lyon players. This 101st derby could affect the future of the season taking into account or not the results of the other title contenders, on the European places. It has been a very long time that such a scenario has not occurred at such a point in the season!

At home, the Saint-Etienne, who are on a run of two wins in a row will want to drive home the nail and take three valuable points as well as going down in the history books of the derby with a double win, their 7th, Christophe Galtier would join Jean Snella, Albert Batteux and Robert Herbin, 3 huge French coaches! Strengthened by the arrival of Alonso and Aubameyang and certainly by the return of Payet and Ebondo, they can logically aspire to a success. Payet, who has not scored since Week 9, must think that this is the right moment to find the net. And Janot, 13th derby, dreams of finally achieving a first victory in his “Cauldron”.

On the side of the seven-time champions of France, we can already speak of a forbidden defeat as opposed to a mandatory victory. On the road to the title, the points lost or gained can indeed give each encounter a higher value than normal depending on the results of the other contenders, especially as Lille already have a seven point lead and that the Parisians and Rennes have them as well. Without forgetting to watch the neighbours Saint-Etienne who are in the same position, or the 3 or 4 team’s just behind. On this road to the title OL squandered four points in the last two matches and have not yet shown all the guarantees of a possible superiority to come.

So gentlemen of Lyon, you need to rectify the mistake of the first match and of recent weeks. Once again, your backs are to the wall. The truncated week of training with the absences of 11 internationals, 6 for Saint-Etienne, will have to be dealt with! The extra fatigue of the internationals? It will not necessarily be a handicap when you know that: Diakhaté is suspended; Réveillère did not play; Lovren played one half and has been suspended for two matches; Pjanic has rarely been used by Claude Puel since the restart, and the youngsters Lacazette, Grenier, Kolo are most often in CFA or in the stands. Will Claude Puel build his starting eleven in the same way as the previous ones? Will Briand, Gonalons or Delgado for example, start the match? We will have to wait and see...

This 101st derby does not leave anyone indifferent. It promises quite an atmosphere, between fears and hopes, in this “Cauldron”. On Saturday night it will really be a question of honour and points!