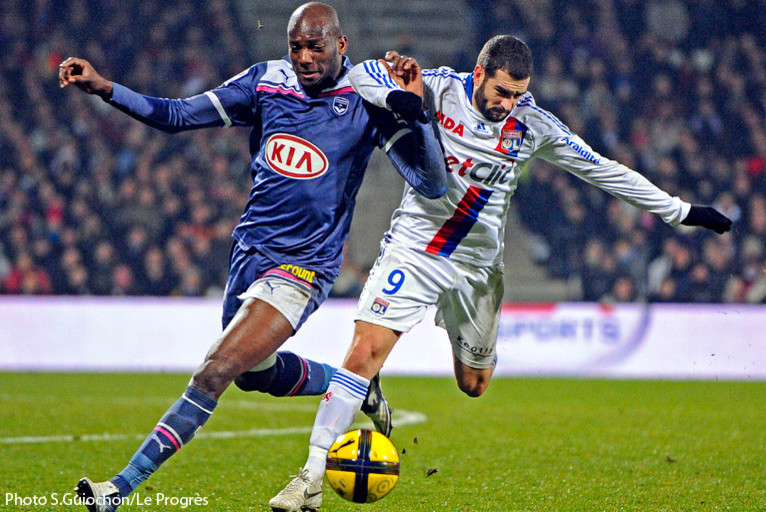 After two defeats and two generally disappointing performances, OL showed a more satisfying face, but were still unable to beat Bordeaux… they remain 7 points behind the leaders Lille…

For the first time this season in all competitions, OL has lined up a third encounter without success. For the third time at home, they did not score a goal. Lisandro has not found the net during the last 6 games, a record since joining the club ... A shame. There were good possibilities after a draw at Auxerre for Lille and the defeat of PSG at Rennes. Instead of grappling two points back on Lille and PSG, Lyon had to be content, on the evening of Week 22, with pulling one back on Paris after having lost 2 to Rennes, Saint Etienne and Olympique Marseille ... This championship is becoming a real headache!

It is difficult to argue that Cris and his partners deserved the victory more than Bordeaux. Slightly, perhaps, looking at the quality of the scoring opportunities, the two from the Brazilian captain for example. But the Girondins had their share of opportunities with Ben Khalfallah or Modeste. Things were clearly better in as far as the general behavior was concerned after the matches against Nice and Valenciennes. Better, as well, from Gourcuff and not just from set pieces. Better from Cris, in all sectors of the game. Better from Toulalan ... We could regret that the forward line did not find any solutions. Bastos, Lisandro and Gomis were well shackled by the imposing Bordeaux defence. Gomis did not shoot once during the match. This is the first time this has happened this season (not taking into account the matches against Benfica and Nancy where he played 2 and 7 minutes).

OL still have their backs to the wall in this long final sprint, when they look straight ahead, to the side or even slightly behind

Better, but there are obviously regrets before the 101st derby against Saint-Etienne who have moved ahead of OL in the table and who will want to drive a nail home after winning the first leg. Saint-Etienne have not won this match at home since the 1993-94 season (3-0) and have not done the double since 1981-82 (1-0 and 4-0)! OL still have their backs to the wall in this long final sprint when they look straight ahead, to the side or even slightly behind.

OL are going to have a complicated week because of the many international players spread around the globe. But it is the same for any big club and it is not the first, nor the last time that this will happen. Diakhaté will be suspended against Saint-Etienne, the youngsters (Grenier, Lacazette, Kolo, Faure) are not playing; as for Pjanic, his playing time at the moment, 25 minutes since early January, does not seem to make him a first choice for the derby.

The serious things are becoming clearer because the season progresses, because the calendar will offer important encounters. A schedule that will become even busier because of the last 16 matches in the Champions League against Real Madrid. "It depends only on us..." Claude Puel often uses this phrase to talk about games his side have to play. Yes ... and no we would be tempted to answer the Olympian coach. This season more than ever before, domestic competition is being disputed by a number of clubs. We will "run it and score maximum points and hope that the other contenders, especially those that are currently in front, slip up. As for Real, they remain a very big challenge despite their inability to get one over on OL during the 6 games played so far.

At the end of the day this match against Bordeaux was reassuring, but did not bring any more certainties, those that the derby could bring to light. Roll on Saturday night...