OL grind to a halt 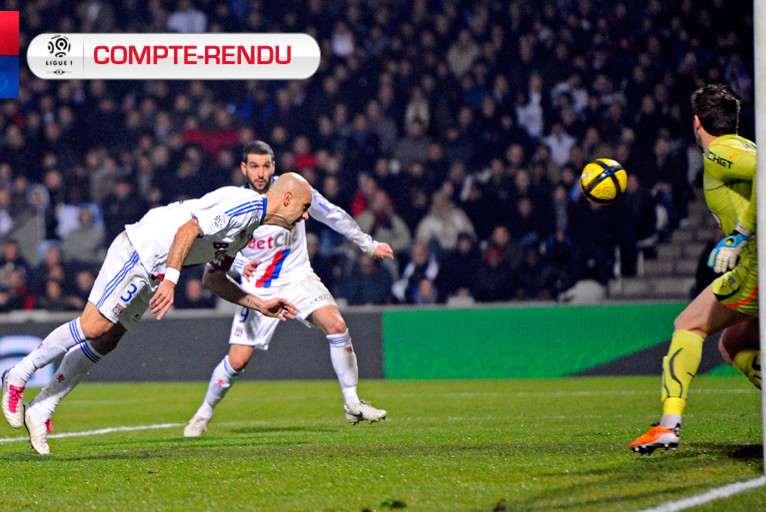 The Olympians conceded a draw (0-0) at Gerland. After a good first half performance, Cris and his team-mates gradually faded away as time ticked by.

OL were at home to the Girondins de Bordeaux and one could anticipate that this event started under the best auspices. Lille had been held back by Auxerre while PSG were defeated away to Rennes. If we add to this the presence of Claudio Cacapa, worthily celebrated, in the stand at Gerland we could have been forgiven for conceiving a great evening.

Despite everything it was a nervous OL side which started the encounter. Yoann Gourcuff created the first chance but his shot was blocked by Chalmé (14’). OL were growing in strength as the minutes ticked by. Cris just missed out on opening the scoring, but his header went a few inches wide of the left post of Carrasso (17’). At the half-hour mark the OL captain catapulted another header in from Gourcuff's corner but his attempt was miraculously stopped on the line by Tremoulinas. The temperature went up a notch in the encounter as a result of some rather surprising decisions by Mr Lannoy. For Bordeaux, Ben Khalfallah tried his luck from the right side of the OL surface but without success. The referee brought the first half to a close with the match goalless but given the chances, OL were ahead on points.

The second half kicked off strongly. Toulalan tried his luck while at the other end Hugo Lloris won his duel with Modeste (47’). Just afterwards Diakhaté launched Lisandro in behind the Bordeaux defence but the Argentinean was unable to beat Carrasso who came out well to block him. Claude Puel's players struggled to keep the ball, clear cut chances were becoming increasingly rare. OL remained silent, as they had done in their last two outings and failed to get back to within five points of Lille. The 22 players left the pitch under the whistles and booing of Gerland.