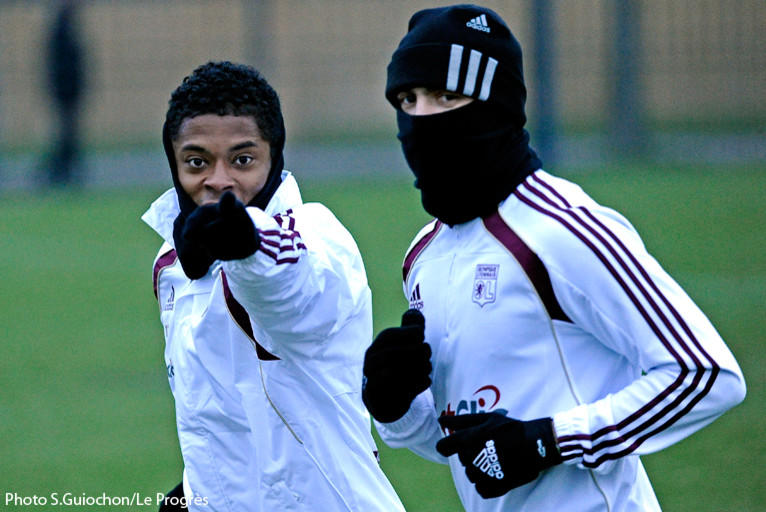 The entire squad worked together this afternoon in training. The substitutes from the match against Nice, with the exception of Pied, had an extra session this morning...

Supervised by Patrick Collot, the morning training sesdsion for  Diakhaté, Grenier, Delgado, Lacazette, Briand, Gonalons and Gassama started with a few laps of the pitch. The players led by the fitness coach Alexandre Dellal and Sonny Anderson then took part in a number of workshops, working notably on pace. Physical work followed by a little match. The opportunity to work on ball conservation and rapid passing.

The goalkeepers Vercoutre and Gorgelin trained separately with Joël Bats.

After watching footage of Sunday's match against Nice and a discussion on the performance, the players warmed up by doing laps of the pitch. The 7 substitutes from th ematch against Nice, who took part in the morning session,  trained apart playing foot tennis followed by a session of penalties. For this final exercise they were joined by the keepers Vercoutre and Gorgelin.

Toulalan, Gourcuff, Bastos, Reveillère, Gomis, Lisandro, Källström, Lloris, Cris and Pied took part in a match after the warm-up, but a basket-ball match.

The next training session at Tola Vologe is scheduled for tomorrow at 10h00 behind closed doors.