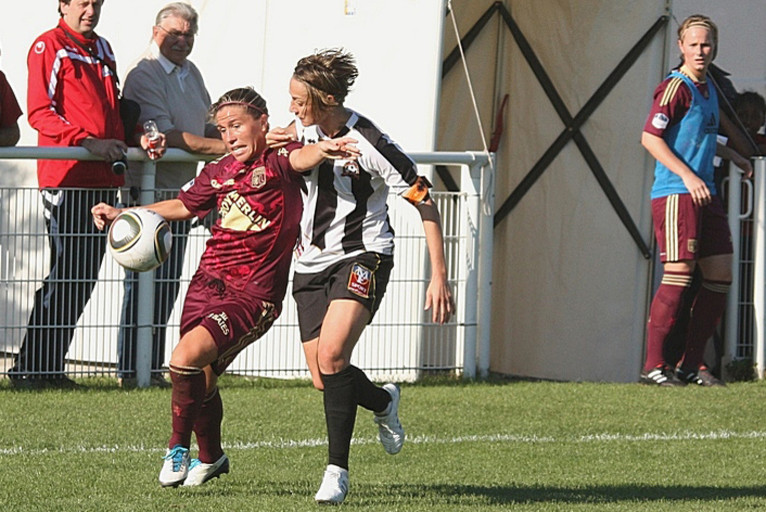 Lyon’s women have ideally launched their series of three matches against direct competitors for the title. Before receiving PSG in the next league match, the league leaders went and won 2-1 there on Wednesday night, maintaining a lead of 6 points over Montpellier winners yesterday against Toulouse (5-1)

On a synthetic field of questionable quality, Patrice Lair’s players were able to reverse the trend after having fallen behind, and did not return unscathed from this trip: "We eased up on the work on Saturday morning because legs were heavy, I hope that we will have enough juice to put in a good match against Juvisy. Elodie Thomis and Lotta Schelin are gradually getting back their rhythm, we don’t have many more players in the infirmary, it's a good thing" said the Lyon coach who admits that a 14th success in as many meetings opens the door to a new title.

In the first match of the season between the two sides, Lyon legitimately won 3-1, after dominating the match. Since then, Juvisy have left some feathers on the road, including last weekend by conceding a 3-3 draw against the bottom club Yzeure Allier. The last team to defeat OL in the D1 about ten months ago (2-0), the club from the Paris region currently 4th in the league hopes to revive their season against Lyon. A few weeks before the quarter-finals of the Champions League, the confrontation between the two French representatives still qualified will have a European flavor.