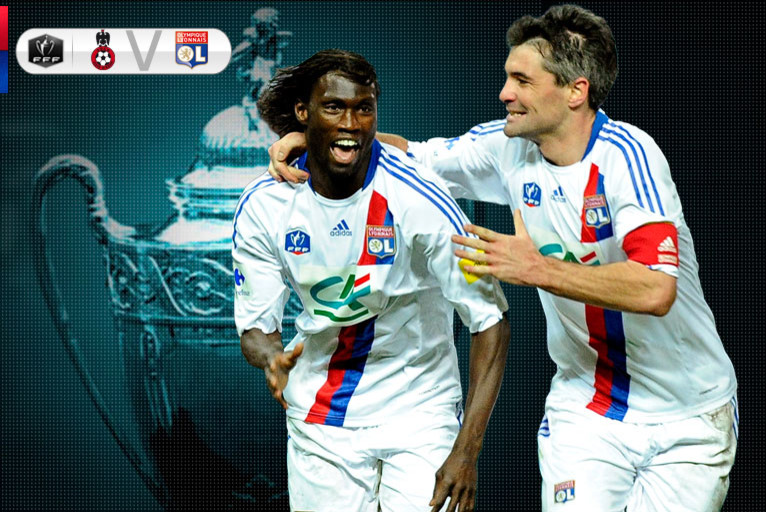 OGC Nice-OL: Claude Puel's side will try and continue their run in the competition with a perillous trip away to the Côte d’Azur.

Lyon have had plenty of time to train throughout the week. If of course the championship is their daily bread, the Coupe de France is taken very seriously by Jeremy Toulalan and his teammates. At the moment they head to Nice for their second outing in this competition, Lyon want to continue their fine series and confirm their growing power.

Winners 1-0 at Caen in the previous round, Lyon prepare to return against a less flamboyant Nice side. In the league, Eric Roy’s players are stuck in 15th position with a series of four games without a victory and glaring problems on the offensive side (19th and second worst attack in the L1). Last weekend against Lille, the companions of Anthony Mounier lost 2-0 at home, they cannot imagine reliving such disappointment on Sunday night before their fiery supporters at the Stade du Ray.

This Coupe de France appears to be a breath of fresh air for the Riviera side, who have just recruited David Bellion during the winter transfer window. Yet in the last 64, they came close to a correction in Creteil, winning their qualification at the end of a penalty shootout against this modest club from the National division (1-1, 6-5 after penalties).

For their third game in 2011, OL will be almost at full strength. Only Ederson will miss the role call against his former club. A "rich" choice for Claude Puel who will have ample opportunity to align the best starting lineup this weekend. After the fine performance offered at the Stade Gerland on Saturday against Lorient, all the supporters of the club hope to see their team maintain the same level of play and keep their claws just as sharp.