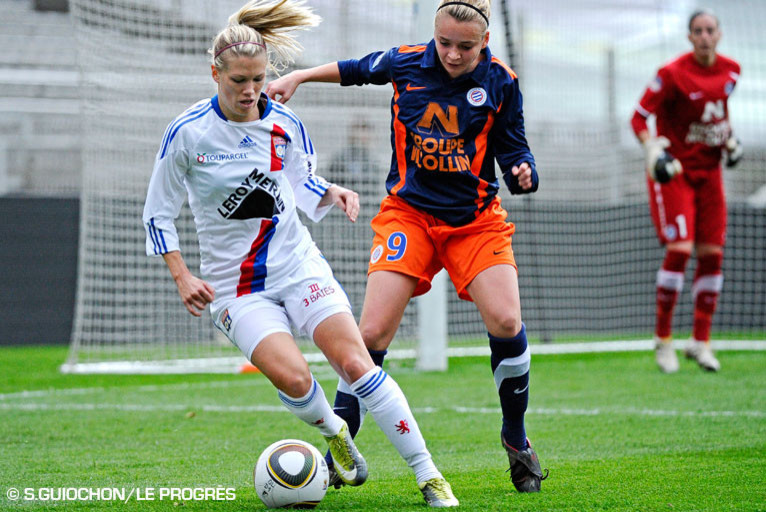 Lyon snatched victory in the dying minutes of the match, Wednesday evening in Paris, in their postponed game from Week 9 in the D1.

OL’s women struck a great blow on Wednesday night, by winning at the  Camp des Loges against PSG. In the first half, Lyon controlled the game without finding a way through. Conversely, it was the former OL striker Katia who opened the scoring after the break, with a header (1-0, 50’). Fortunately, the champions of France did not panic and drew level shortly afterwards following a Camille Abily cross headed home by Lara Dickenmann (1-1, 52’). Late in the game, the freshness of the OL substitutes made the difference, and Elodie Thomis broke past the Parisian defence and snatched a precious success (1-2, 83’).

"I am very pleased with the performance of my players who showed character after the opening goal. Despite this defensive error, we managed to stay in the match and the quality of our bench helped us win" stated the OL coach Patrice Lair after the game.

Thanks to this 13th victory in 13 games, OL Women have broken well clear at the top of the D1, with now 12 points ahead of their opponent of the evening and 10 on the second placed side Montpellier, having played one more game than both of these teams. On Sunday at 15h00, Lyon will face Juvisy at the Stade Gerland.