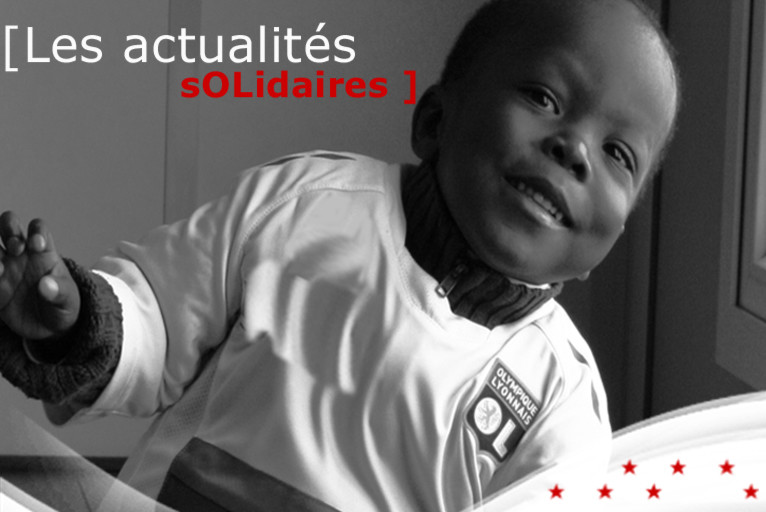 Read the latest sOLidarity news of the associations supported by the OL Foundation.

- Discover the engagement of Pachamama, the association supported by Hugo Lloris and Jérémy Toulalan.

- Bafé supports the association Quai des Ludes, he made a visit to the refugee hostel Aralis.

Jérémy Pied meets the youngsters from Décines
Within the framework of the operation "Respect On All Terrains" set up by the Football Foundation, Jérémy Pied visited the club UGA Décines so that he could talk with the young members who were present.  (read here)

OL to visit HFME
On Thursday the 20th of January, Rémy Vercoutre, Miralem Pjanic, Michel Bastos, Sandrine Bretigny and Louisa Necib will visit some children who have been hospitalized in the Women Mother Child Hospital with the association doctor CLOWN!