A tale of two OL's 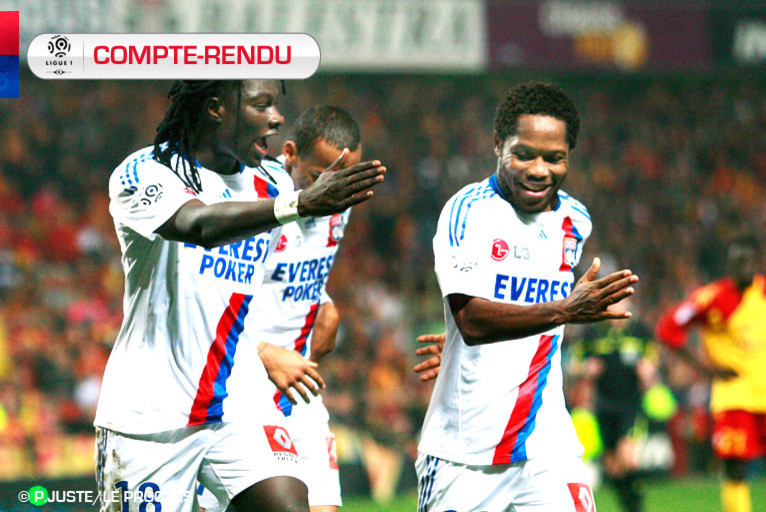 Inexistant in the first half, Lyon changed radically after the break thanks to the entries of Lisandro and Yoann Gourcuff.

Few spaces were available to both teams early on in the game. The first notable action was a breakaway from Roudet who took advantage of a poor clearance from Diakhaté before coming up against Hugo Lloris (15’). Over the minutes, Lens settled down little by little in the Lyon camp. On yet another error from the Olympian rearguard, Akalé broke forward to slide the ball past Hugo Lloris with a left foot shot (24’). At the half-hour mark, OL had not been able to create a real opportunity. Jean II Makoun slipped the ball into the net but Mr. Thual ruled out the goal for a foul on Runje (35’). Despite a number of crosses from Réveillère or Cissokho, the Lens keeper was not bothered during the first half.

At the break, Claude Puel decided to throw on Gourcuff and Lisandro in place of Pjanic and Pied. This brought a certain freshness to the Olympian play. First Gomis created himself a great opportunity from a Makoun cross but was countered in extremis. Just afterwards Lisandro fired in an overhead kick which Runje punched away from his goal line (55’). Lovren and his teammates were finding each other better and better on the pitch at Bollaert. Yohann Gourcuff missed the equalizer by firing wide from the centre of the penalty area (59’). Following a quick free kick, Makoun played in Bafé Gomis whose volley flew in with the help of the post (64’). Just a few minutes later Lovren almost put a hole in the Lens post with a powerful effort (68’). OL were the only team in the game at that point. Yoann Gourcuff tore down the left and crossed for Bafé Gomis whose headed effort doubled the lead (73’). Makoun was playing an impeccable performance. On a counter-attack, the Cameroonian used Gomis before sending in Lisandro who scored with the help of the crossbar (89'). The Olympians were simply irresistible in the second half, which is good news before the match against Schalke 04 in three days time...