OL back in form 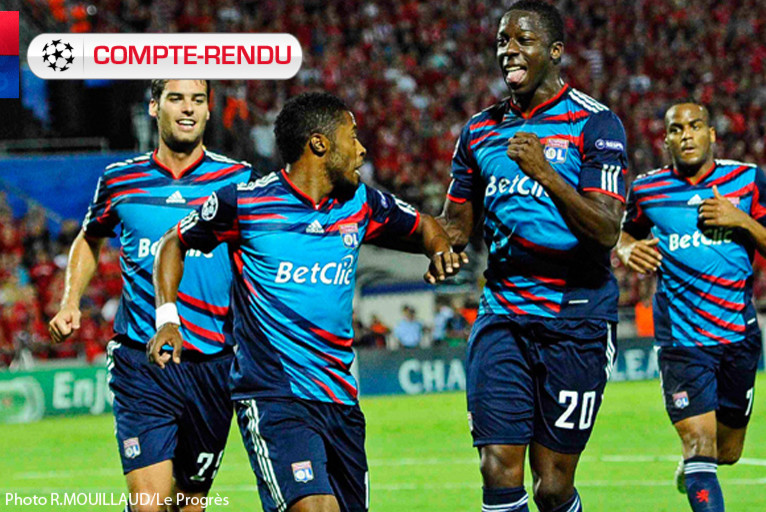 In the red hot atmosphere of the Bloomfield Stadium, OM took three vital points in view of a qualification for the last sixteen of the Champions League.

OL had an appointment at Bloomfield Stadium to take on the Hapoel Tel Aviv for the second group stage match in the Champions League. The 18,000 capacity stadium was sold out.

Briand was the first to come into action with a shot from far left picked out of the air effortlessly by the Hapoel keeper. Just afterwards Ben-Dayan brought Hugo Lloris into the match with a nice left foot shot (5’). On the following action, Jimmy Briand was fouled in the box and logically obtained a penalty. Michel Bastos took charge of the conversion, giving the lead to OL (7’). Lyon controlled the early moments of the game, but the Israelis showed that they could get forward quickly. Kim Kallstrom tried a half-volley from distance, but was unable to hit the target. Gutman’s players were giving their all and Sahar took his turn in worrying the Olympian keeper (23’). Despite their lead, Claude Puel's men showed some signs of weakness. From a counter attack, Gomis was caught at the last moment and missed the KO (35’). It was when OL were not at their best that Michel Bastos doubled the lead by sending a missile into the top corner following a corner from Gourcuff whihch was poorly cleared by the defence (35’). Just before the break, Anthony Réveillère was the victim of a violent tackle that left him on the ground for several minutes. Mr. Webb brought the first half to a close with the score at 2-0 to OL.

The second period started at the same pace as the first. Lyon controlled proceedings but without creating any real dangerous opportunities. Briand found himself in a good position but his shot spun into the gloves of Enyeama. For the Israelis, Shechter tried to deceive the referee by playing the ball with his hand before scoring but Mr. Webb did not fall into the trap. Jérémy Toulalan and his teammates started to suffer physically in the last quarter hour of the match. Dejan Lovren was guilty of a foul in the box following a free-kick. Hapoël’s Nigerian goalkeeper fired home the resulting penalty and at the same time brought the Bloomfield Stadium back to life (78’). The Olympians had the opportunity to restore their two goal cushion but Pjanic missed from close range after a good cross by Aly Cissokho (85’). Jeremy Pied also created a great opportunity but did not hit the target (89’). In the dying seconds, Pied broke in to the box and after being hauled down Miralem Pjanic stepped up to slide the ball home from the spot. With the final whistle, Claude Puel's players had managed a 3-1 win away to Hapoël.