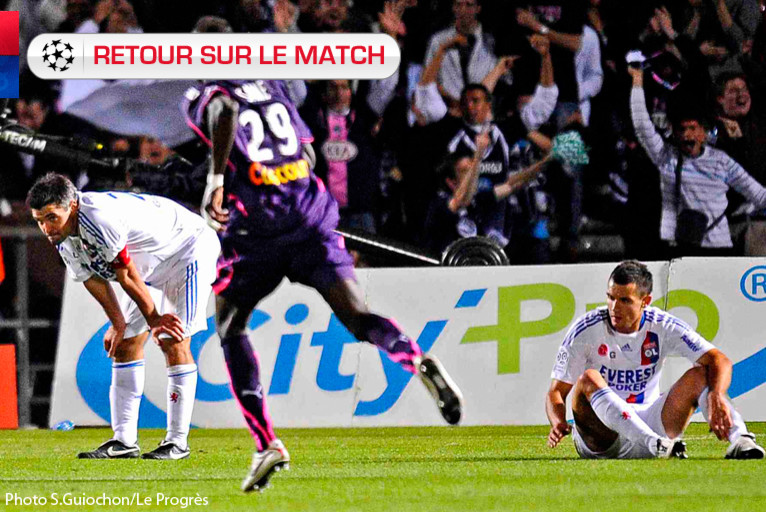 OL's start to the season has been complicated...What should we think after this new defeat away from home and this 17th place in the table with 5 points taken from six matches...

Lyon took off on Monday morning at 00h40. The disappointment accompanied the thoughts. "We're all very disappointed by this result ... We had hoped for more ... The situation has become more complicated ... We have no choice, we'll have to react on Saturday ... I'm really disappointed, I wanted so badly to win this match ..." Words snatched from the mouths of Jeremy Pied, Maxime Gonalons, Yoann Gourcuff before boarding. The OL group was quite silent as they left from the same terminal as last season when the team had qualified for the semi-finals of the Champions League. At 01h35, the players arrived at Bron airport where there was nobody waiting for them.

So, disappointment after this third defeat and the 17th place in the standings. It is difficult to say that Lyon lived up to expectations against Bordeaux. Difficult to say that Lyon express, at the moment, the high hopes and stated ambitions, August has passed, September well under way and the questions remain. Should we be worried? Should we speak or say nothing? Should we focus on the medium and long term by being convinced that this is, for many parameters, just a matter of time? Should we only retain the win over Schalke in the Champions League? It is not because we advance critical observations that we are against them. It is not because we say nothing or not everything that we are in favour. Silence or not, the choice to be made?

To each person the choice of their peaceful weapons in order to support, analyze, be credible. It is not, yet, because you have names on a team sheet that you are ensured the result of match or the season. It is not because you have experienced great moments at the end of last season that you can definitively build upon them. Complicated, a complex re-start, progress, win especially when a lot of things have changed....

With faith in the past, experience and the resources committed, things will come. It has to come. Certainties, in the form of autosuggestion for some. Skepticism, pessimism synonymous with impatience, misunderstanding for others. Let’s just hope this change, the real start and, as of Saturday's 100th derby. Do not forget, Lyon became a winning machine by changing century. Within two seasons they have lost everything or nearly everything that they have showcased without neglecting her two beautiful places of honor in the league and the last four of the Champions League. Observers, like those found in Bordeaux, also unanimously add the loss of quality in the performances.

In Bordeaux, for example, the performance was average in the first period and significantly worse after the break. Always with these errors at the origin of opposition goals, this lack of realism ... or luck, this inability to liven up the match or stamp their authority on the encounter. Luck? You know, the one that favors the brave, one which has served Lyon at the end of last season. This bit of luck needed to get results. Sometimes, depending on whether you have it, or can bring it about, will change the quality of the season and its interpretation.

Gerard Houllier has spoken many times of the famous ability to bounce back, this art which is the property of big clubs, great players, great coaches. Of course the championship is long. OM are only 3 points ahead, Bordeaux 2.... And the podium is respectively 7 and 8 points away. Ridiculous with 32 matches to go and 96 points up for grabs, considering that Lyon are a great team. In 2009-2010, Lyon had 14 points after six games and 20 points at the break in October after eight games. Remarkable ... they would then only take 10 until the end of the first round of matches. 10 in 11 games!

Let’s hope that the phenomenon is reversed this time with the return of the injured players, the leveling out of fitness amongst the squad, the build-up in strength of the squad in order to erase the sadness, the anxiety generated by the current results, the rare moments of happiness.

Wait and see ... The belief in better days is there. But afterwards, you know the statement of St. Thomas ... who believes only in that which he see’s.